More than 1,000 Eurostar passengers were stuck on trains for hours on Thursday night because of an overhead cable problem. The failure, at Lille in northern France, affected nearly 700 passengers on the 6.01pm London to Paris train and another 600 on the 6.04pm London to Brussels train. Some of those reported being left in the dark without water and with no information about what had happened. One angry person tweeted: “I was trapped on your train for 9hrs. No information and in pitch black. You waited 8hrs to bring water to customers. We had to walk in darkness to get water. We think you held us past 4am not to put us in a hotel. No staff at Lille!!”

Sorry for the very long delays due to an issue with one of the power lines that left (the trains) without power.

Diesel engines were eventually sent to tow the stricken trains to their destinations. Eurostar said the Paris train had arrived six hours late, while the Brussels train got in nine hours late. “There was a failure of the overhead power line just outside Lille. The passengers on the Brussels train are entitled to twice the amount of a complete refund plus a free return trip, while those on the Paris train can claim an entire refund plus a free return trip,” a spokesman said. 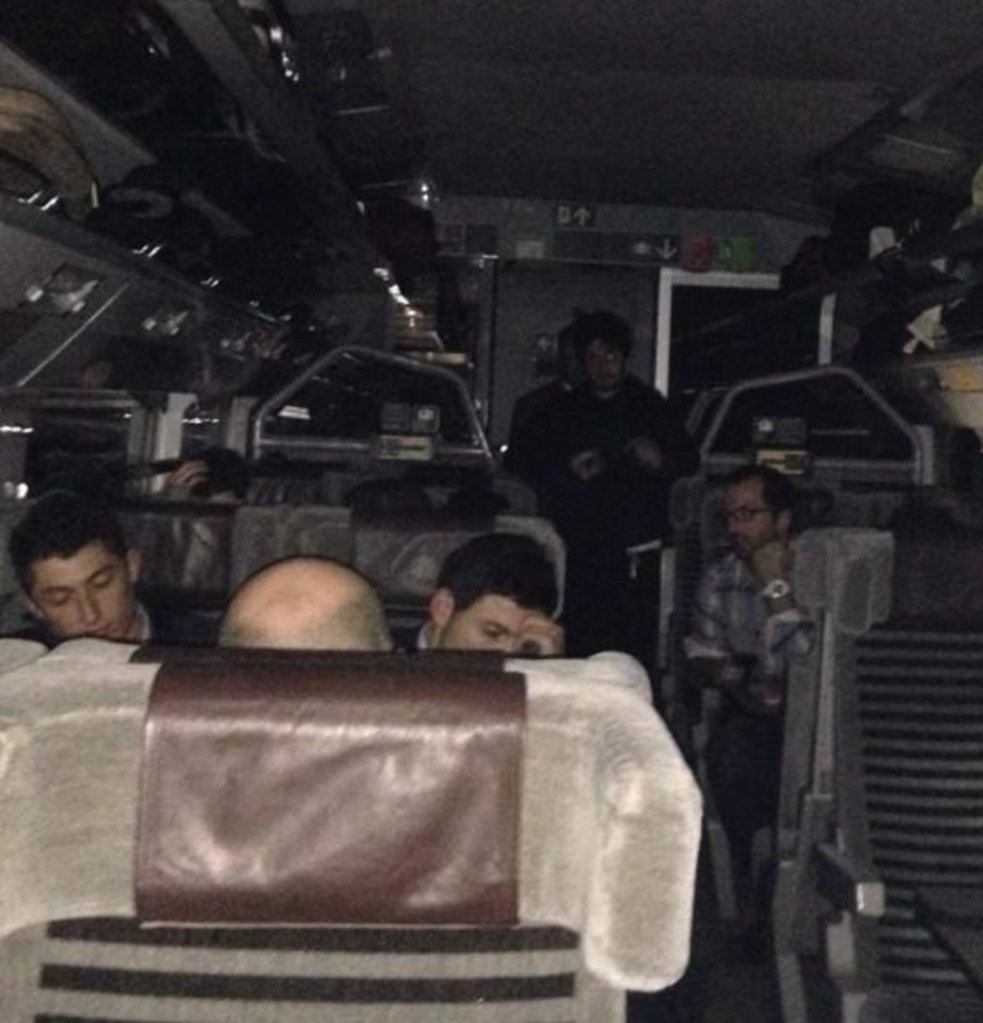