An avalanche triggered by a massive earthquake swept across Nepal’s Mount Everest region on Saturday, killing at least 17 climbers and guides, slamming into a section of the mountaineering base camp, and leaving an unknown number of people injured and missing, officials said. Seventeen bodies were recovered at base camp and 61 were injured when part of the base camp was engulfed by the snowslide. A first helicopter took off from Kathmandu on Sunday morning to airlift the injured after flights were delayed by cloudy weather, Sherpa said. Numerous climbers may now be cut off on routes leading to the top of the world’s highest peak.  Alex Gavan, a hiker at the base camp, described on Twitter a “huge earthquake then huge avalanche” that sent him “running for life from my tent.” Mr. Gavan warned that many of the wounded would die if they were not evacuated soon.

We can’t rule out more casualties. The communication channel from the base camp is weak.

Google Inc. executive Dan Fredinburg a self-described “adventurer/engineer” with Google’s privacy team, was one of those killed. He died of a head injury on Mount Everest, his sister wrote on the social media site Instagram. Dan had led a number of expeditions to the Everest area, taking images for Google’s Street View project. He was traveling with the UK-based expedition company Jagged Globe, which said in a statement on its website that Sherpa guides and team members other than Fredinburg were safe, including two with non-life-threatening injuries. Three other company employees in the same group are safe, Lawrence You, Google’s director of privacy, said in a post on Google Plus. “We are working to get them home quickly,” he said.

All our love and thanks to those who shared this life with our favourite hilarious strong willed man. He was and is everything to us. 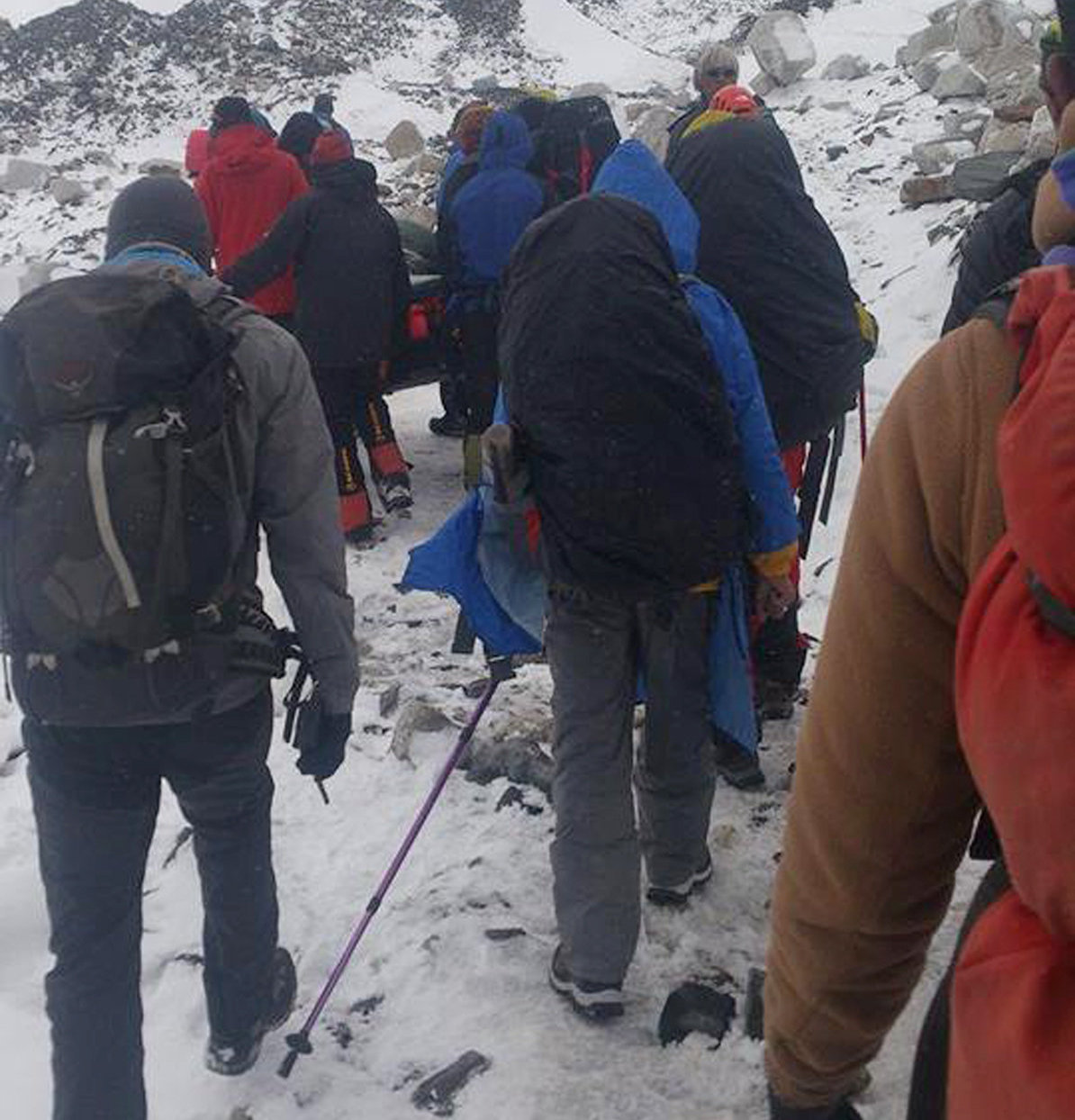