A cyclonic storm lashed Australia’s east coast for a third day on Wednesday, causing millions of dollars of damage to property and infrastructure in Sydney and other cities. Three people have been killed in the wild weather, which has washed away houses, cut power to more than 200,000 homes and stranded a cruise ship off the coast in mountainous seas. The Bureau of Meteorology warned that a second storm cell was gathering off the coast north of Sydney, with gale force winds of up to 100 km per hour (62 miles per hour) and heavy winds lashing the coast.

We still have some difficult hours ahead of us as this weather pattern continues to move through. It’s still very dangerous. We’re seeing a continuation of the wind, rain, flash flooding.

Three people, two men and a woman, were found dead on Wednesday in the town of Dungog, about 200 km (125 miles) north of Sydney. Media reports described them as elderly and said they were trapped in their homes as floodwaters rose. The State Emergency Services said three people were missing near the town of Maitland, around 165 km (100 miles) north of Sydney, after their cars were washed away by flood waters.Rail links to the north and south of Sydney were cut and many roads in Australia’s largest city were flooded. Sydney Harbour was closed to commercial shipping, leaving a cruise ship with some 2,500 passengers to wait off the coast, battered by big swells. 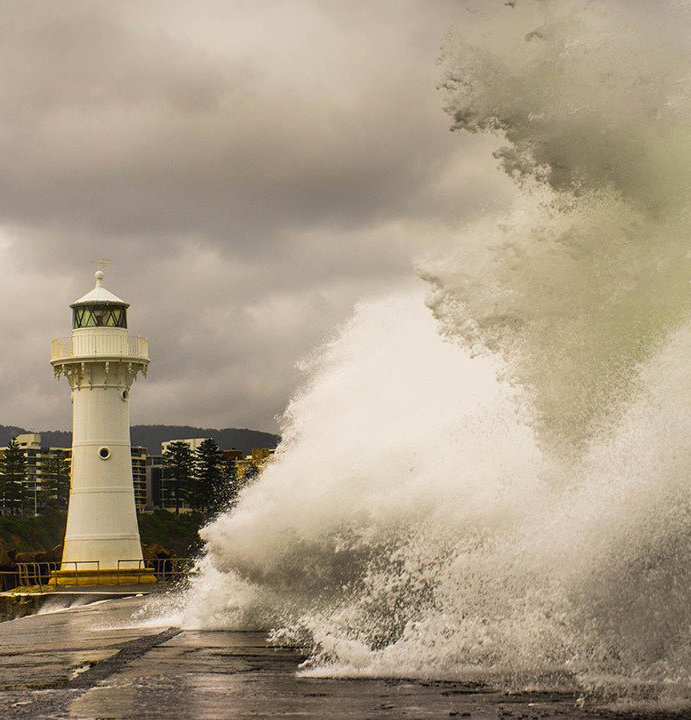