30 years on, India protests as Bhopal victims live in misery

Indians marked the 30th anniversary of the Bhopal gas leak tragedy Wednesday with protests demanding harsher punishments for those responsible and more compensation for the victims of the world’s worst industrial disaster. On the morning of Dec. 3, 1984, a pesticide plant run by Union Carbide leaked about 40 tons of deadly methyl isocyanate gas into the air of Bhopal, quickly killing about 4,000 people. Lingering effects of the poison raised the death toll to about 15,000 over the next few years, according to government estimates. In all, at least 500,000 people were affected. Thirty years later, activists say thousands of children are born with brain damage, missing palates and twisted limbs because of their parents’ exposure to the gas or water contaminated by it. The disaster remains an open wound in India, where many consider Union Carbide’s $470 million settlement with the Indian government an insult. Union Carbide is now a wholly owned subsidiary of the Dow Chemical Co. Dow says it has no liability however, because it bought the company responsible for the plant more than a decade after the cases had been settled.

Everything was destroyed. My sons and my daughter-in-law died, my leg was amputated. I have to drag myself. These killers did not heed anything. Why are they not brought to court? Why are they not hanged? 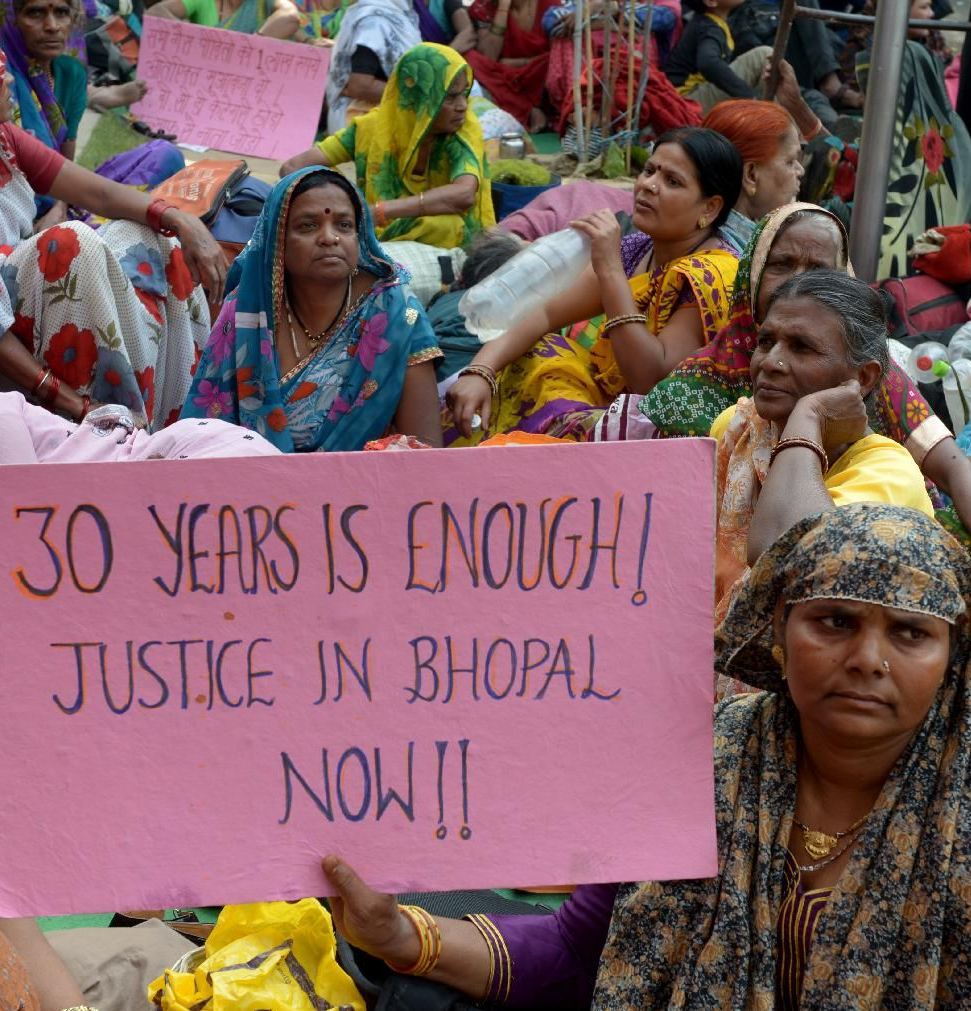