At least 34 people, including children, were killed and dozens more injured when an express train derailed in northern India on Friday, authorities said. Television images showed two mangled carriages lying beside the track after the accident, which occurred around 50 kilometres from Lucknow, capital of the northern state of Uttar Pradesh. As rescuers worked to cut people free from the metal, Neeraj Sharma, chief public relations officer for the Northern Railway, told AFP that 34 bodies had been found.

One engine and two coaches have been derailed.

The Press Trust of India (PTI) news agency said the train apparently overshot a signal before crashing into a barrier and coming off the rails. Sharma said there would be an official investigation into the cause of the accident, which could have been down to driver negligence or the brake system failing. Deadly accidents are common on India’s railways, whose vast and rundown network carries tens of millions of people daily. Last month a passenger train derailed in southern India after a boulder fell on the tracks, killing at least 10 people. 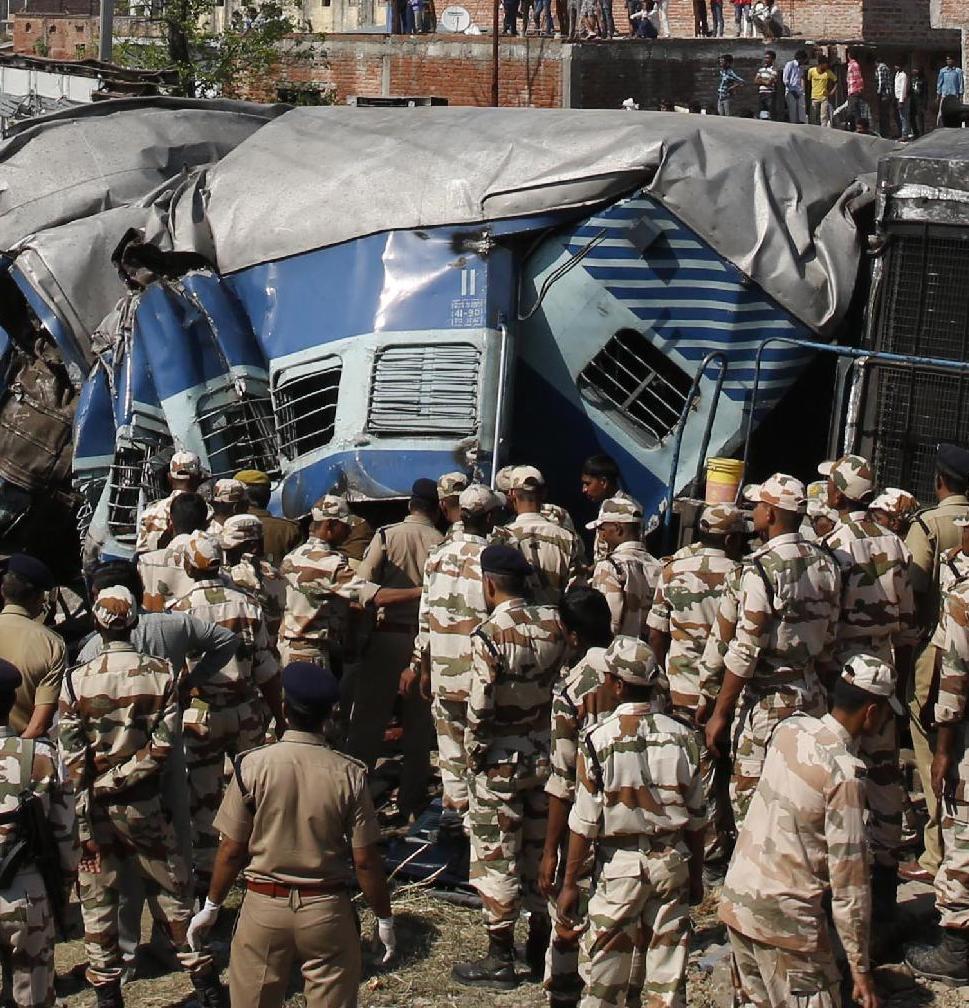