A cutting-edge technique for building custom-made prosthetic hands is offering new hope for child amputees. A UK company based in Bristol has combined 3D scanning and 3D printing to make the hand. The company, Open Bionics, claims it is the first time it has ever been done. First a tablet computer with a scanner is moved around the amputated limb so that measurements can be taken. These are fed into a programme which in turn controls the 3D printer. The whole process takes days. The prototype still needs to be modified to make it sleeker and lighter. But that process is expected to take months not years.

At the moment children are under-served by the prosthetics industry in terms of robotic hands. This project can really help them as ideally they need a new prosthetic every year and that is where the cost component really helps out.

The prosthetic hands currently available, which do not use such relatively cheap techniques, cost anything from $15,500 to $110,000. For children whose arms have been amputated, the price is a particular problem as the speed at which they grow means that they need a new robotic hand every 12 months. Six-year-old Charlotte Nott, from Oxford, had both arms and legs amputated four years ago following meningococcal septicaemia. Her mother, Jenny, is worried about how she will manage as she reaches her teens and needs to fend for herself. “We can look after her now but what about when she wants to go out - how will she get money out of her purse? How will she find her bus ticket?” The Bristol team behind the new prosthetic hand is designing the product with children like Charlotte in mind. 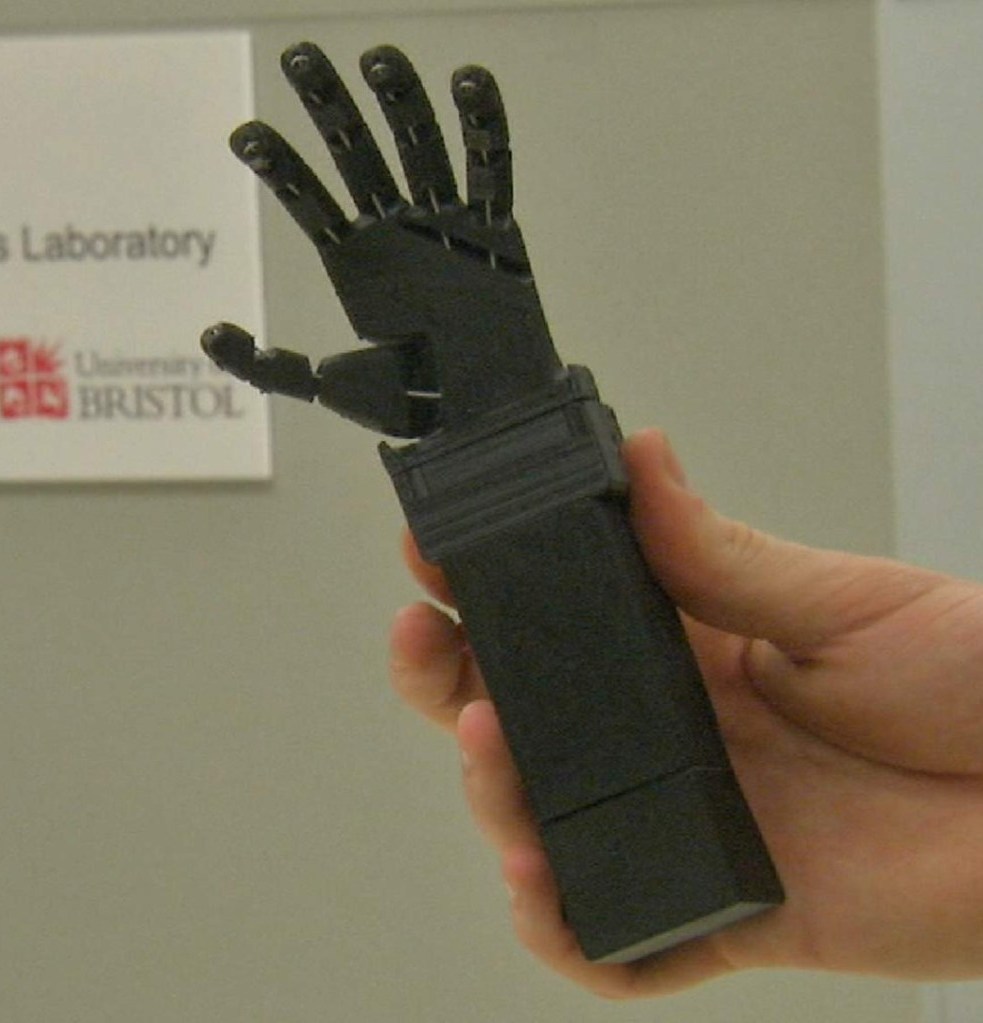