A voice from beyond: Virtual Neruda stalks streets of Chile’s capital

Forty years after his death, Pablo Neruda once again was writing and reciting love poems and he walked through Santiago’s streets to the admiring gazes of Chileans — virtually, that is. The Nobel Prize-winning poet was briefly visible Friday writing verses in the window of his former home in Santiago, which is now a museum. Then his projected figure set off, traveling across the facades of buildings and homes as he appeared to slowly stroll the capital’s streets like he used to do when he was alive.

It is a moving projection coming from a vehicle. As one projects the image on the facades of architecture … it appears as if he is one more person walking.

Andrea Gana, creative director of Delight Lab, the company behind the virtual Neruda

The urban project was part of an initiative by the Pablo Neruda Foundation on the 110th anniversary of his birth, July 12, 1904. A speaker broadcast Neruda’s verses so it seemed as if he was reading his poems as he walked. The virtual poet was to stroll down streets near the museum and on Santiago’s main Alameda avenue for four hours. The images of Neruda walking were taken from old films in the foundation’s archives. Neruda won the Nobel Prize for literature in 1971 after a prolific career, and he’s still best known worldwide for his love poems. 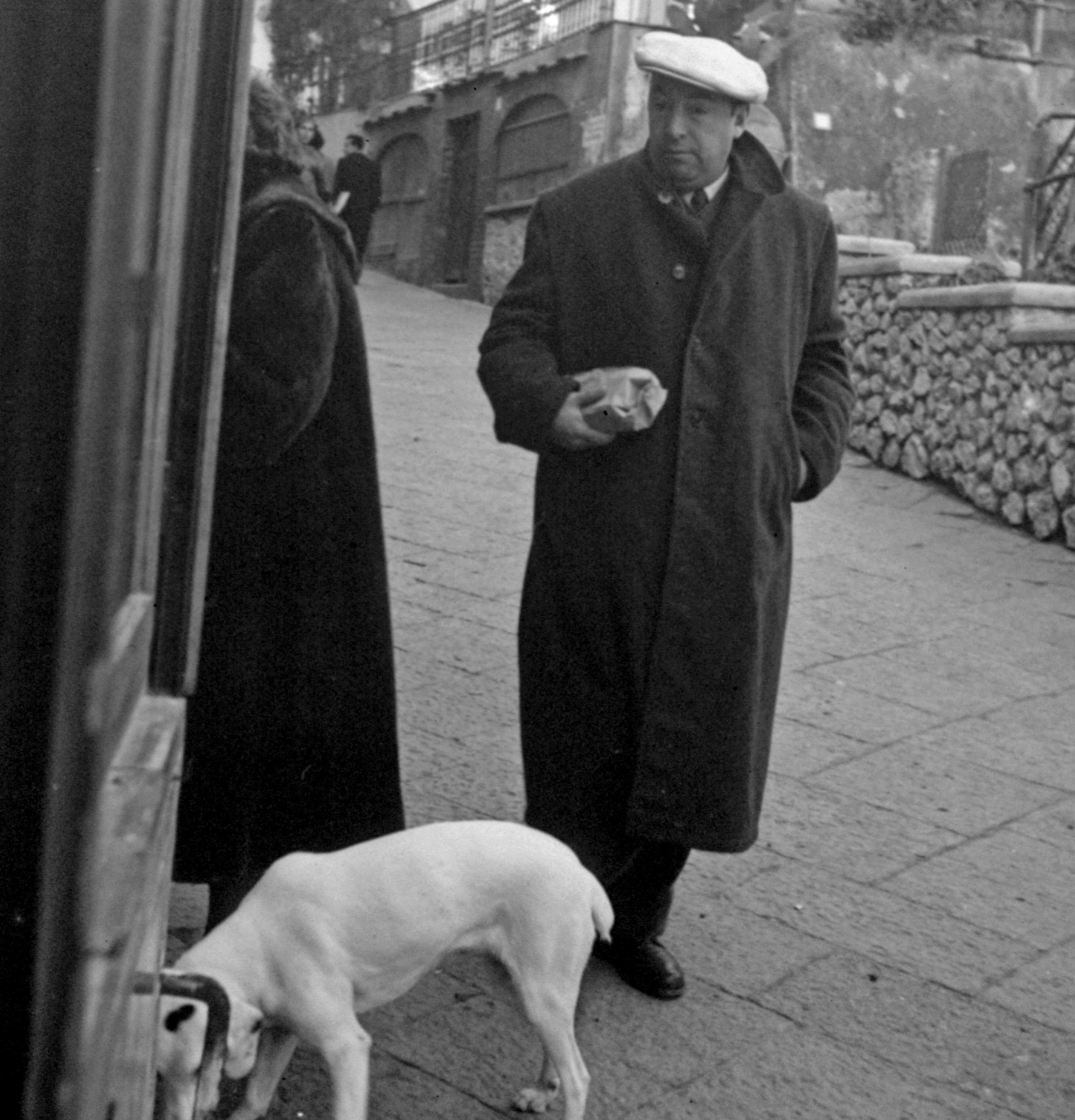