North Korea is warning that the release of a new American comedy about a plot to assassinate leader Kim Jong Un would be an “act of war.” Pyongyang has threatened the U.S. with a “resolute and merciless response” unless authorities move to ban the film that stars Seth Rogen and James Franco. “The Interview”—set to be released in the U.S. in October—is about two tabloid TV journalists who land an interview with Kim in Pyongyang but are then tasked by the CIA with killing him.

The act of making and screening such a movie that portrays an attack on our top leadership … is a most wanton act of terror and act of war, and is absolutely intolerable.

It is not the first time Hollywood has poked fun at a North Korean leader. In the 2004 satirical action comedy “Team America,” a puppet version of Kim’s father, Kim Jong Il, was depicted as a speech-impaired, isolated despot. 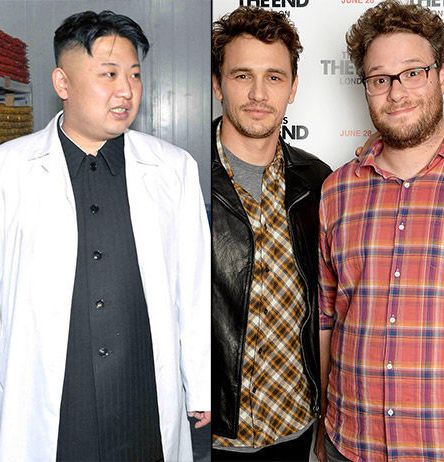