The United States and Afghanistan are turning the page on years of distrust, mapping out a new vision for future ties as Washington vowed to fund Afghan forces through 2017 to help shore up the country’s stability. Hailing a day of “productive talks,” top U.S. diplomat John Kerry said Monday the two countries share “a commitment to security and peace and a desire to promote prosperity and social progress.” Earlier, Afghan President Ashraf Ghani had warmly thanked U.S. troops for more than a decade of sacrifice since the 2001 overthrow of Taliban rule by a U.S.-led invasion. The issue is set to top Tuesday’s key White House talks with President Barack Obama, and Ghani diplomatically refused to be drawn out when asked how many troops he would like to see remain.

We do not now ask what the United States can do for us. We want to say what Afghanistan will do for itself and for the world. And that means we are going to put our house in order.

With the end of the U.S. combat mission in 2014, Afghan forces have taken over responsibility for security across the war-torn nation, still wracked by a stubborn militant insurgency. With the spring fighting season looming, Ghani has asked for some “flexibility” as the U.S. prepares to pull out the remaining 10,000 American troops by the end of 2016, drawing them down to about 5,500 by the end of this year. Obama is “actively considering that request,” Kerry told reporters, after a day of talks in the presidential woodland retreat of Camp David in Maryland. 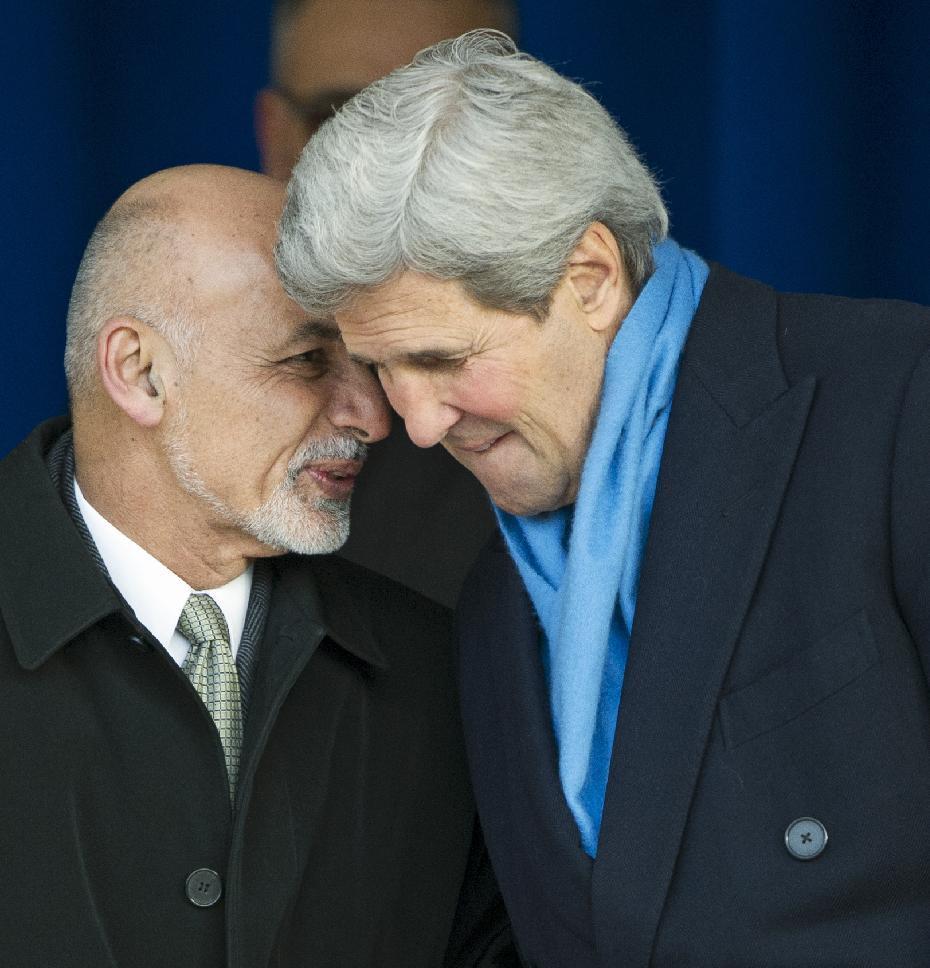