Thailand’s King Bhumibol Adulyadej canceled a public appearance on his 87th birthday on Friday on the advice of doctors, disappointing thousands camped outside the hospital hoping for a glimpse of the world’s longest-reigning monarch. King Bhumibol was admitted to Bangkok’s Siriraj Hospital in October and underwent an operation to remove his gallbladder. In early November, the king was found to be suffering from diverticulum of the large intestine, a condition he experienced in 2007, 2011 and 2012. The king last appeared in public in November. Thousands gathered at the hospital after hearing the news, with most wearing yellow, a color associated with the monarchy. Some shouted “long live the king” and waved yellow flags while others held portraits.

A team of royal physicians … agreed that he is not ready to grant a royal audience and therefore doctors have recommended he cancel royal activities.

The cancellation fuels mounting concern over the health of King Bhumibol, a god-like figure for many and widely seen as a unifying figure through years of political unrest. It also comes at a sensitive time for the Southeast Asian nation, six months after the army took over in a coup and amid a widening corruption investigation that has led to the arrest of relatives of Princess Srirasmi, the wife of the Crown Prince. King Bhumibol, also known as Rama IX, carries considerable moral weight in Thailand. The king has in the past used birthday speeches to comment on the state of the nation or, as in 2001 with then Prime Minister Thaksin Shinawatra, to criticize government leaders. 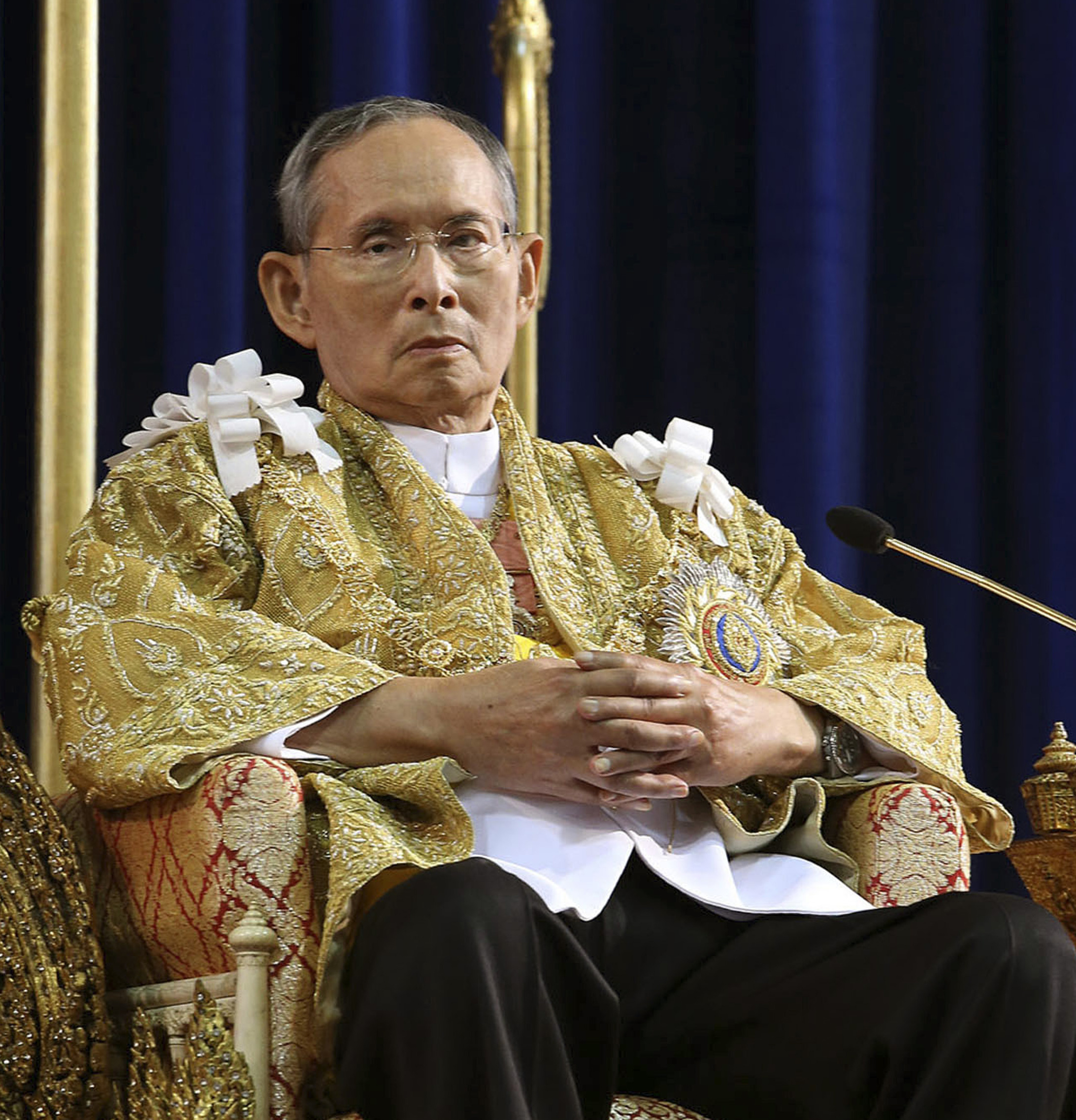