Fighters from the Islamic State of Iraq and the Levant (ISIL) have overrun large areas in five of Iraq’s most fertile provinces, where the U.N. food agency says around 40 percent of its wheat is grown. Now they’re helping themselves to grain stored in government silos, milling it and distributing the flour on the local market, an Iraqi official told Reuters. The self-proclaimed Islamic State has even tried to sell smuggled wheat back to the government to finance a war effort marked by extreme violence and brutality. International officials are drawing uneasy comparisons with the days of hardship under dictator Saddam Hussein, when Western sanctions led to serious shortages in the 1990s.

Now is the worst time for food insecurity since the sanctions and things are getting worse.

President Barack Obama is considering options to help provide humanitarian assistance to stranded Iraqis but has ruled out using American troops for combat, the White House said on Wednesday. Among options under consideration are establishing a corridor and airlifts. In the meantime, the United States will continue airdrops of food and water. 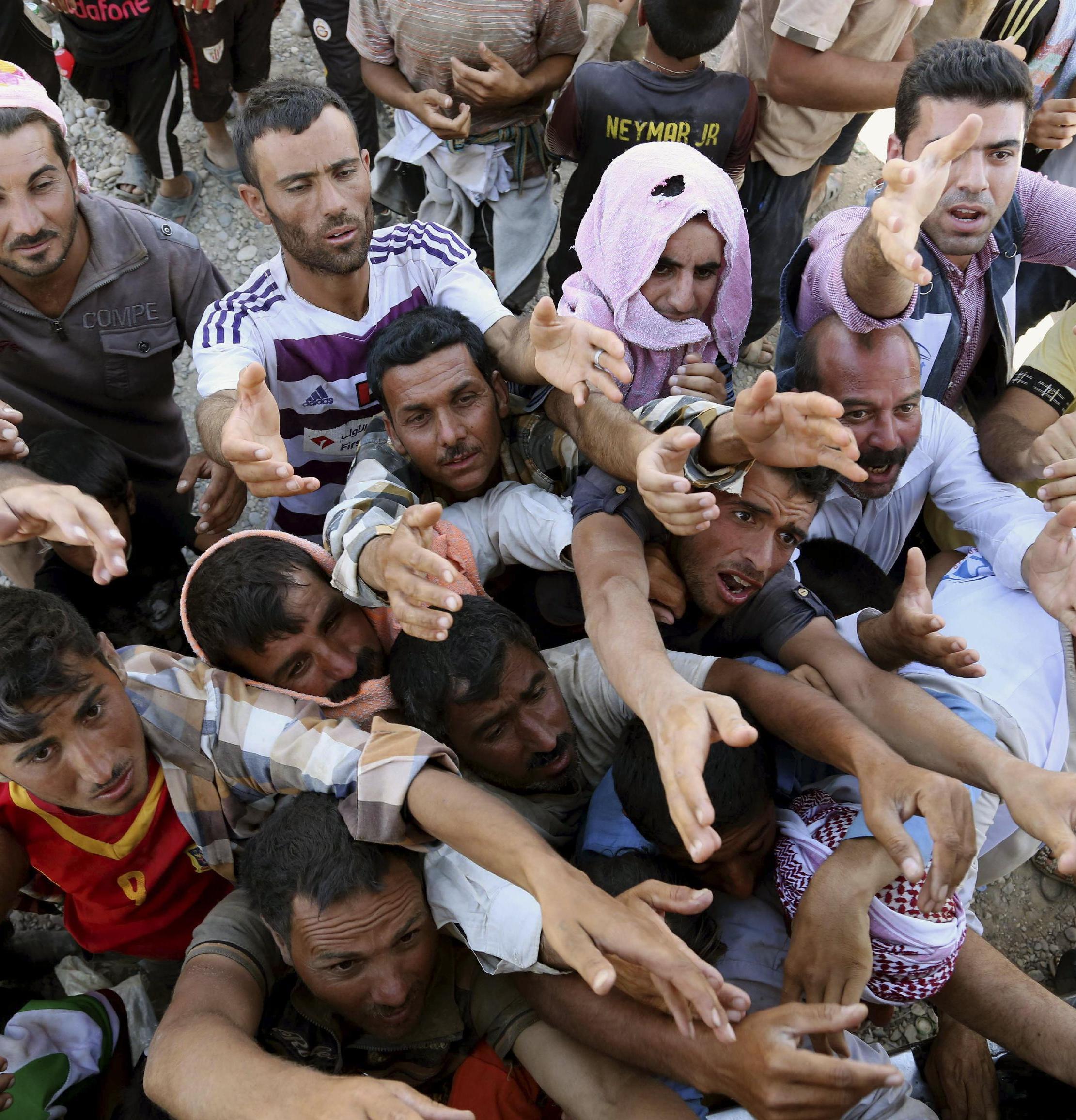