An earlier deal brokered by Secretary of State John Kerry last month soon frayed due to disagreements between the candidates, and attention will focus on whether all their supporters accept the latest pact. For now, Kerry, visiting Kabul to mediate an end to the impasse, welcomed the deal as a major advance in bringing Afghanistan back from the brink of political chaos as U.S.-led NATO troops withdraw. Afghanistan presidential candidates Ashraf Ghani and Abdullah Abdullah vowed to work together whoever becomes president after an ongoing audit of all eight million votes finally declares the winner of the June 14 election.

We trust each other. We will work with each other to fulfill this national duty and obligation for every Afghan.

The signed text admitted Afghanistan was “in one of the most politically sensitive periods of its history” due to the contested outcome of an election that should herald the country’s first democratic transfer of power. The deal also said that both sides agreed that the successor to outgoing President Hamid Karzai should be inaugurated before the end of this month. The timeline was a key demand of Kerry, who had stressed in talks with both candidates the importance of Afghanistan having a new president before a NATO summit in Britain on September 4-5. 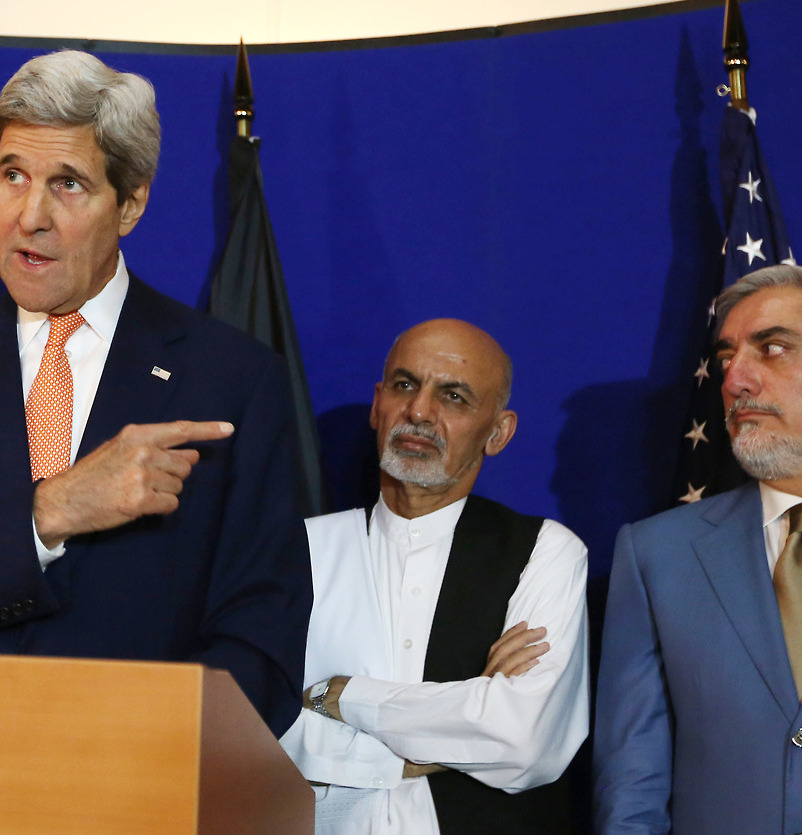