The big news at Apple’s Worldwide Developers Conference always revolves around new apps and updated operating systems. Monday’s event marked a completely different turning point for Apple: Women took the stage during a keynote presentation. Jennifer Bailey, vice president of Apple Pay, appeared before the crowd of software developers and journalists on Monday to discuss progress in mobile payments. A second woman, Susan Prescott, gave the pitch for Apple’s forthcoming News app. It marks the first time female executives have made an on-stage appearance during an Apple keynote presentation since 2010, when Zynga’s Jen Herman gave a demonstration of the game Farmville.

I’m convinced we’re going to move the dial. It’s not an overnight thing, we both know that.

Like its competitors, Apple wants to be seen as working against the image of Silicon Valley as a male-dominated industry. Over the weekend, Apple’s chief executive, Tim Cook, acknowledged that the industry needs to do a better job on gender issues. Developer conferences have never been a paragon of gender diversity. A regular tradition at Apple’s Worldwide Developers Conference is tweeted photos showing a line for the men’s room that extends down the hall next to a completely empty women’s bathroom. When female developers had to wait to use the facilities at Google I/O this year, some people actually held it up as a triumph. 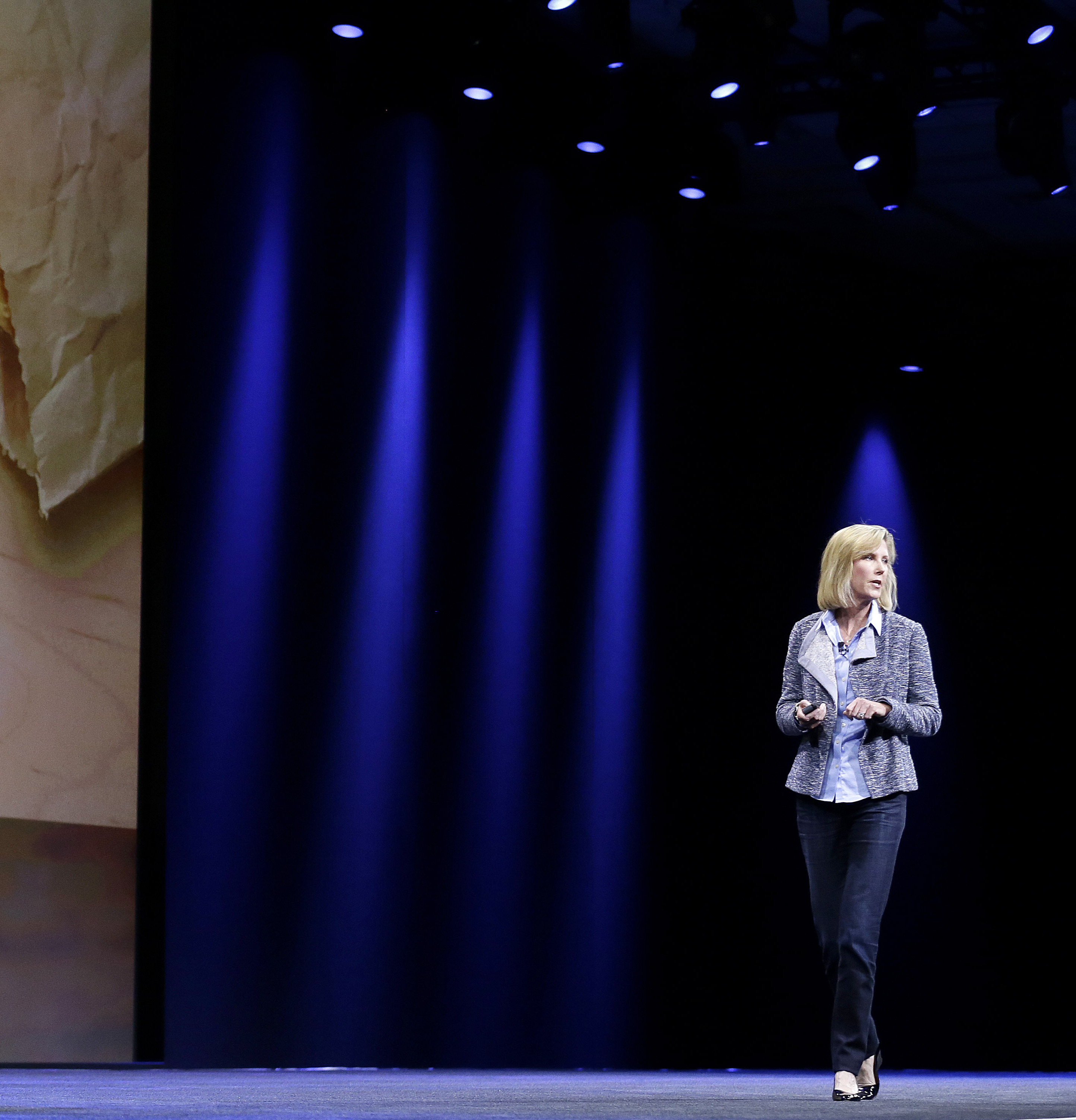