The presidents of Russia and France were among leaders who gathered today to mark the massacre 100 years ago of 1.5 million Armenians by Ottoman Turks. The annual April 24 commemorations mark the day when some 250 Armenian intellectuals were rounded up in what is regarded as the first step of the massacres. An estimated 1.5 million died in the massacres, deportations and forced marches that began in 1915 when Ottoman officials worried that the Christian Armenians would side with Russia, its enemy in the World War I.

We will never forget the tragedy that your people went through.

The event is widely viewed by historians as genocide but modern Turkey, the successor to the Ottoman Empire, vehemently rejects the charge, saying that the toll has been inflated, and that those killed were victims of civil war. Russian President Vladimir Putin used his speech to warn of the dangers of nationalism as well as “Russophobia” in a clear dig at the West-leaning government in Ukraine. Earlier this month, Turkey recalled its ambassador to the Vatican after Pope Francis described the killings as genocide. The European Parliament also triggered Turkey’s ire by passing a non-binding resolution to commemorate the centenary. 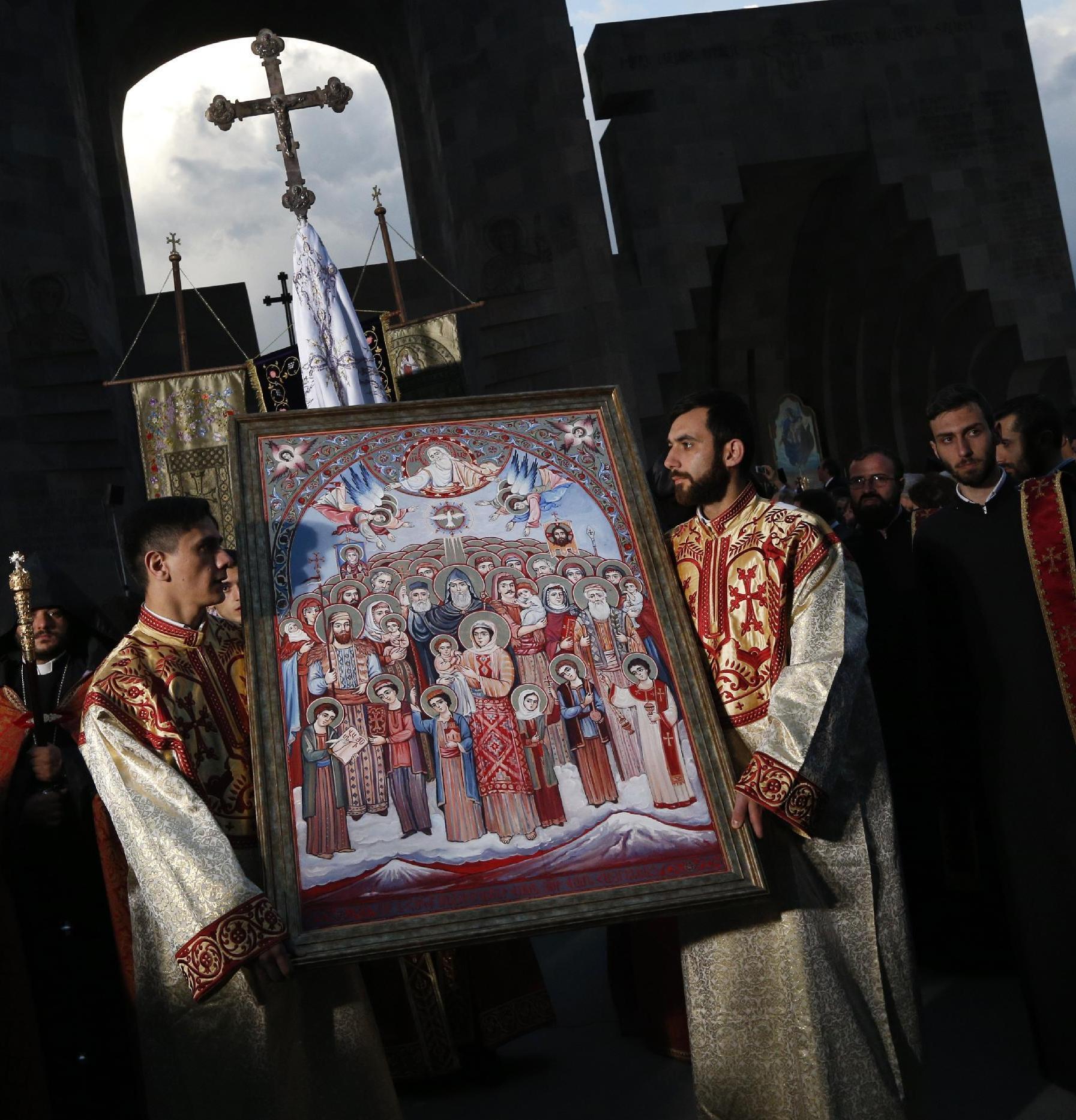