Assad allies alarmed by advance of Islamist forces in Syria

A mounting death toll in President Bashar al-Assad’s armed forces is causing alarm among some government loyalists who are worried about Islamic State’s territorial gains and are turning their anger on the authorities in Damascus. The execution of scores of Syrian soldiers taken captive by Islamic State at an air base in Raqqa province has triggered unusually harsh social media criticism of the Damascus government by people who have taken its side in the civil war. Some, including one of Assad’s cousins, have called for the resignation of the defence minister, blaming him for the loss of the Tabqa air base that represented the government’s last foothold in a province otherwise controlled by Islamic State.

I demand the resignation of the minister of defence, the chief of staff, the air force commander, the minister of information, and whoever is responsible for the fall of the Tabqa military airport.

With the flow of information from Syria greatly restricted, it is not possible to gauge how widely such sentiment is felt. And it is not the first time the Syrian government has faced criticism from its supporters during the three-year conflict. But it points to a potential pressure point for Assad, who draws support from minority groups including his own Alawite community for whom Islamic State is an existential threat. The civil war in Syria has forced 3 million people out of the country, including more than a million people who fled in the past year, creating a crisis that the U.N. refugee agency said requires the biggest operation in its 64-year history.

The Syrian crisis has become the biggest humanitarian emergency of our era, yet the world is failing to meet the needs of refugees and the countries hosting them. 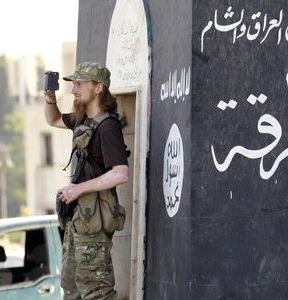