At least 43 dead after Russian trawler sinks in ocean

At least 43 crew of a Russian trawler died and more than two dozen were missing after the vessel sank in freezing waters off the Kamchatka Peninsula in the Western Pacific Ocean late on Wednesday, Russia’s Emergency Ministry said. Sixty-three of the 132 people on board the Dalniy Vostok were rescued with the sea’s temperature near zero degrees Celsius (32 degrees Fahrenheit), the ministry said. The ship was carrying 78 Russian nationals, as well as 54 foreign nationals from Myanmar, Ukraine, Lithuania and Vanuatu.

All in all 106 people have been taken aboard the ships participating in the rescue operation. Twenty-six fishing vessels are already involved in the operation.

Drifting ice may have torn a hole in the vessel, the BBC reported, citing Russian emergency services. Water flooded the engine compartment and the trawler sank within 15 minutes, the BBC said. 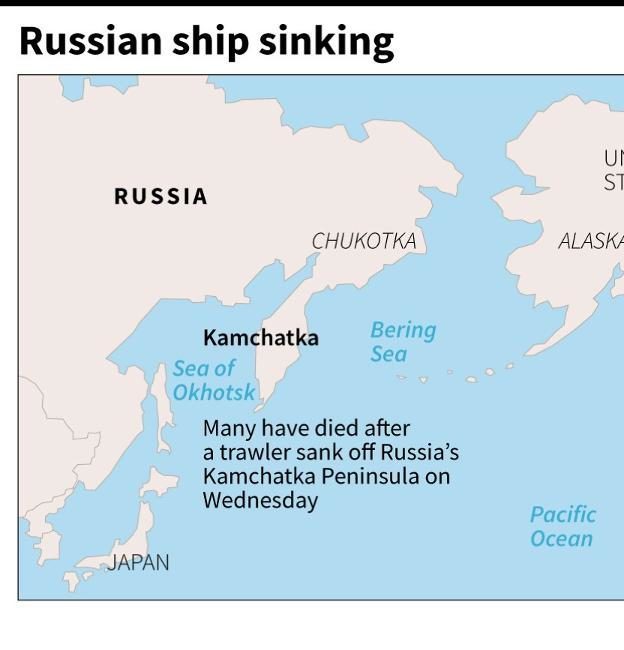