Australia toughens up immigration but lets in more refugees

Australia’s conservative government on Friday further tightened immigration laws to stop arrivals by sea but pledged to increase the overall refugee intake by 7,500 and free hundreds of children detained offshore. The amendments to the Migration Act which see a return to controversial ‘temporary protection visas’ passed through the lower house Friday morning after a late-night cliff-hanger debate in the upper house Senate. “This is a win for Australia,” Prime Minister Tony Abbott said.

We always said that three things were necessary to stop the boats - offshore processing, turning boats around and temporary protection visas and last night the final piece of policy was put in place.

The legislation reflects the hardening attitudes Australian governments have taken against asylum-seekers attempting to enter the country on unauthorised boats. Only one boat has reached the Australian mainland since December, compared to almost daily arrivals previously under the Labor administration, when hundreds of people died en route. The conservative government’s ‘Stop the Boats’ policies include turning back asylum-seeker vessels approaching Australian waters, which Morrison said would “ensure that the deaths at sea and the cost and the chaos and tragedy that prevailed under the previous policies of the previous government will always be a thing of the past”. 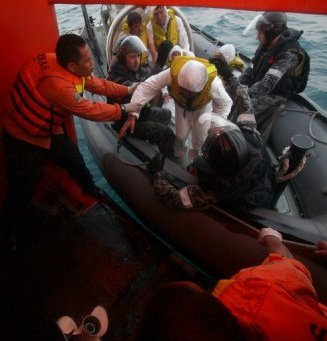