The photograph of an Australian terrorist’s son holding aloft the severed head of a Syrian soldier has outraged the country’s leader Tony Abbott, who says it’s evidence of “just how barbaric” the Islamic State of Iraq and the Levant (ISIL) is. The Australian, a nationwide newspaper, reported that the photograph of terrorist Khaled Sharrouf’s son, who was raised in Sydney, was posted on Twitter by his proud father. It reportedly shows the 7-year-old struggling to hold up the severed head of a slain Syrian soldier by his hair. Underneath it were the words “That’s my boy”. Another photo published by the newspaper shows Sharrouf dressed in camouflage fatigues posing with three young boys security agencies believe are his sons. All are holding guns in front of the flag of the self-declared Islamic State.

What we’ve got to appreciate is that Islamic State … is a terrorist army and they’re seeking not just a terrorist enclave but effectively a terrorist state, a terrorist nation.

Sharrouf used his brother’s passport to leave Australia last year to fight in Syria and Iraq. The Australian government had banned him from leaving the country because of the terrorism threat he posed. He was among nine Muslim men accused in 2007 of stockpiling bomb-making materials and plotting terrorist attacks in Australia’s largest cities, Sydney and Melbourne. He pleaded guilty to terrorism offences and was sentenced in 2009 to four years in prison. Australia has an arrest warrant out for Sharrouf, who has also been pictured posing with severed heads. Abbott, meanwhile, said Australia was ready to participate in United States airdrops of food and water to civilians threatened in Iraq, and could also deploy two aircraft for any airlift mission.

Australia will gladly join the humanitarian airlift to the people stranded on Mount Sinjar … President Obama has said it’s a potential genocide. 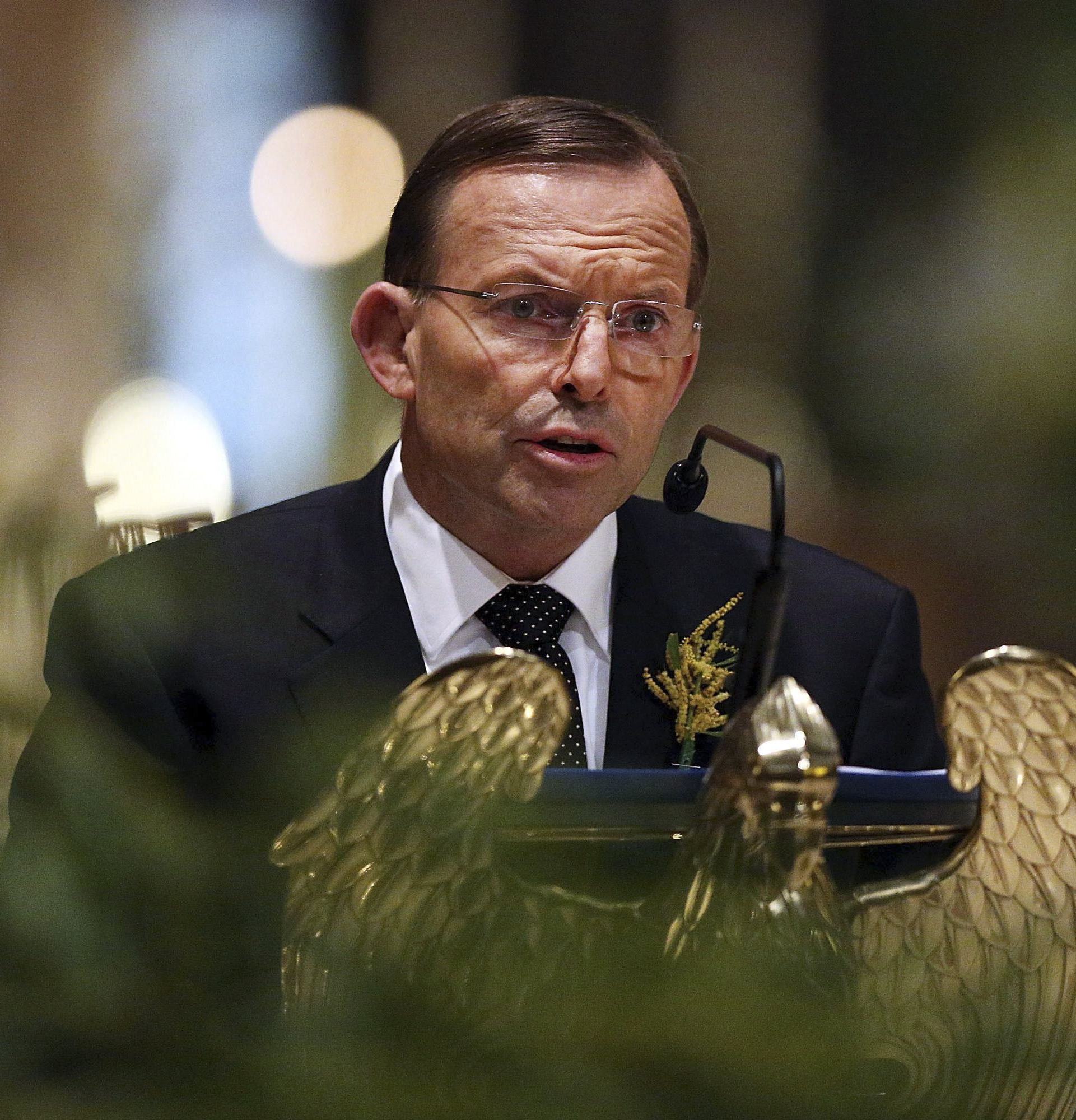