Hong Kong authorities on Tuesday started to clear part of a protest camp in the heart of the city that has been occupied by pro-democracy demonstrators for nearly two months, leaving most of the main protest site intact. About 30 court bailiffs arrived at the 33-storey Citic Tower in Admiralty, located next to government buildings, to enforce an injunction against street barricades after a request from the building’s owners, witnesses said. Authorities stood by as workers used cutters to remove barricades. Police said the building’s owners had hired workers to carry out the clearance.

We will proceed on the principle of peace and non-violence. We are not looking for an argument with the police. If they clear the road outside the car park we will accept that. If they clear other areas it will be very disappointing.

Some protesters packed up pillows, blankets and other belongings from inside their tents and moved to another part of the demonstration zone. The area near Citic Tower, headquarters of CITIC Pacific Ltd., has been surrounded by metal barricades, disrupting commuters heading to the nearby Central business district. Scores of colourful tents dot the area that is home to some of the world’s most expensive real estate. A similar injunction has been issued for a street in the gritty district of Mong Kok, another protest site across the harbour from Admiralty that has seen some of the most violent clashes over the past seven weeks.

Our plan is to do nothing and just observe. The pre-agreed area is fine. Anything beyond that is not. It’s a peaceful protest so we won’t fight back. 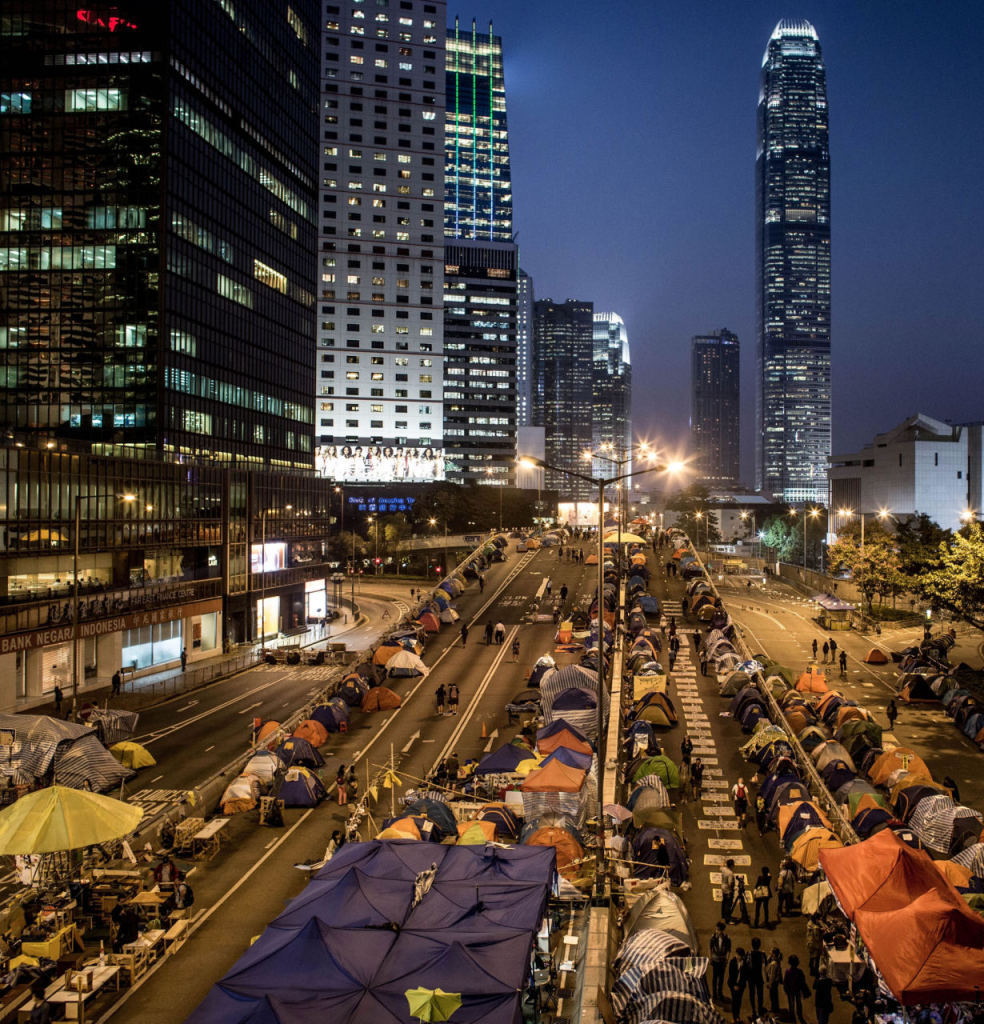