At least 50 Islamic State group jihadists have been killed in the past 24 hours in clashes, suicide bombings and US-led air strikes in Syria’s Kobani, a monitor said Sunday. The Syrian Observatory for Human Rights said the number of deaths was one of the highest daily tolls for the Sunni Muslim extremist group since it launched an assault on the strategic town on the Turkish border in September. The Britain-based monitoring group said at least five of those killed were suicide bomb attackers, two of them involved in attacks on the border crossing that separates Kobani from Turkey. Another 11 were killed in clashes that ensued between Kobani’s Kurdish defenders and the jihadists at the border after the bombings, but there was no breakdown for the remaining toll.

As we have been pointing out for months, this once more proves that Islamic State is being supported (from within Turkey).

The Syrian Observatory group also said 11 Kurdish fighters were killed in the same period in Kobani, along with one Syrian rebel fighter backing the Kurdish forces. IS moved on Kobani in September, hoping to secure its grip on a large stretch of the Syrian-Turkish border. At one point, it looked set to overrun the town, but Kurdish Syrian fighters, backed by US-led coalition air strikes and an influx of Iraqi Kurdish peshmerga forces, have held back the group. For now, the town remains roughly evenly divided between IS and Kurdish control. 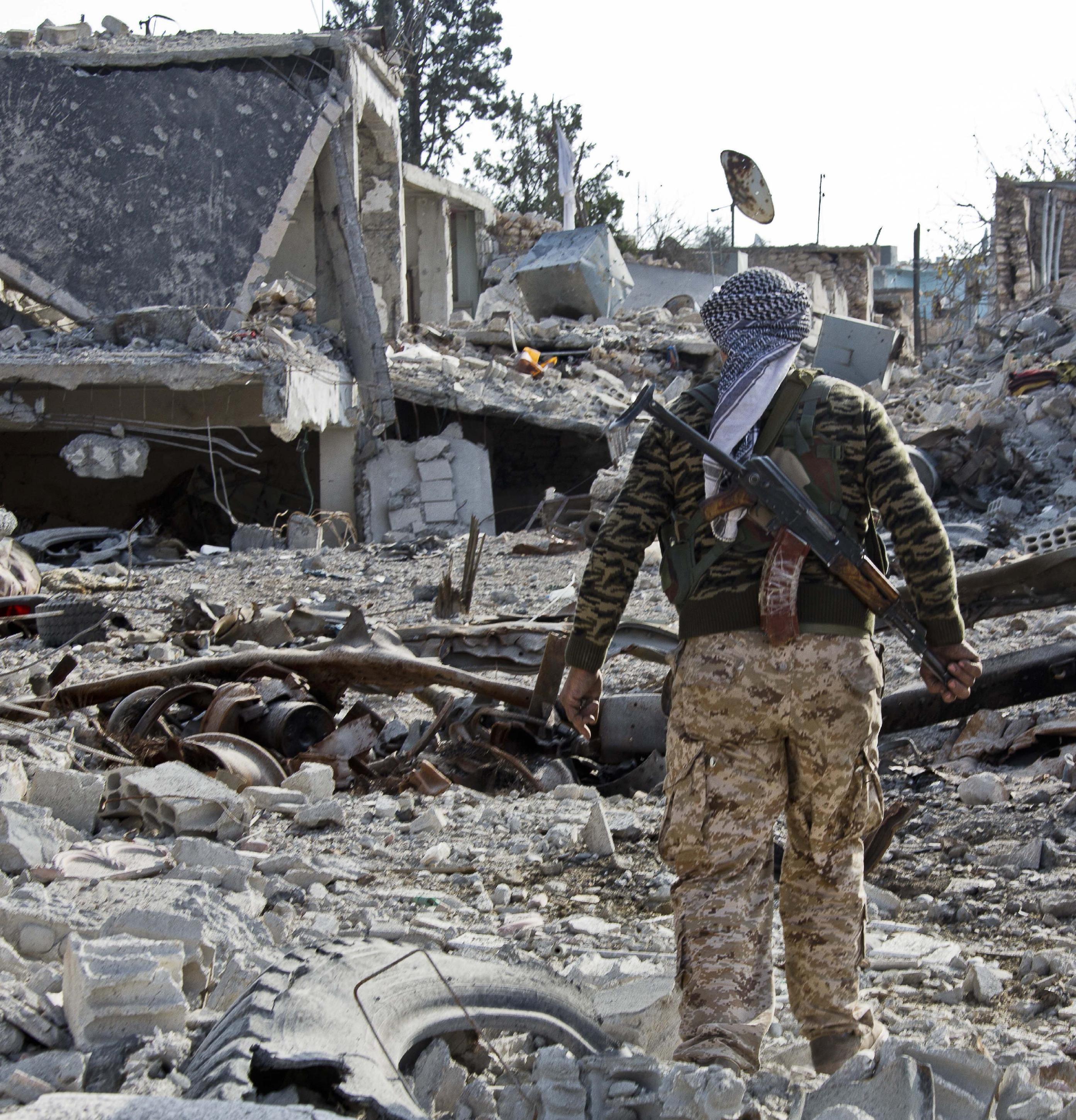