An image of Whitney Houston’s daughter, Bobbi Kristina Brown, lying in her casket has reportedly been sold for a six-figure sum. TMZ claims the picture was auctioned off for more than $100,000 (£64,000) and was taken when family viewed her body the day before her funeral in New Jersey. The showbiz website does not say which media outlet has allegedly bought the photograph. The 22-year-old suffered irreversible brain damage after being found face-down in a bathtub in her Georgia home six months ago.

You aint gon be able to pay people off on this one!

Monday’s burial ceremony was for friends and family only. But about a dozen fans crammed against police barricades as the gold-coloured hearse passed through the gates of the cemetery where Houston was buried three years earlier. The families are now blaming each other for the picture, despite measures being taken to stop such a thing happening, claim TMZ sources. Bobbi Kristina’s death was eerily similar to the way her mother died. In 2012, Whitney Houston’s body was found face-down in a foot of water in her bathtub at the Beverly Hilton Hotel. 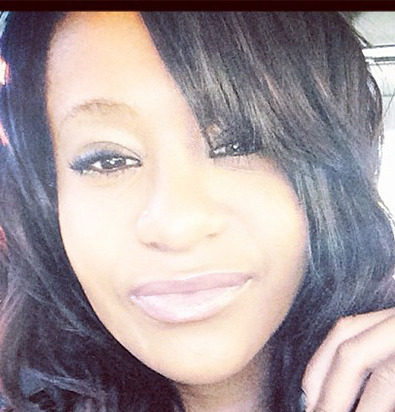