Gunmen set off three bombs and opened fire on worshippers at the main mosque in north Nigeria’s biggest city Kano on Friday, with a senior rescue official pegging the death toll to at least 120 people, in an attack that bore the hallmarks of Islamist Boko Haram militants. Blasts from the coordinated assault rang out as scores of people packed into the ancient building’s courtyard for afternoon prayers. The mosque is next to the palace of the emir of Kano, the second-highest Islamic authority in Africa’s most populous country and a vocal critic of Boko Haram. The emir, former central bank governor Lamido Sanusi, was not present.

People must stand resolute … They should acquire what they can to defend themselves. People must not wait for soldiers to protect them.

The blasts came after a bomb attack was foiled against a mosque in the northeastern city of Maiduguri earlier on Friday, five days after two female suicide bombers killed over 45 people in the city. Boko Haram, a Sunni jihadist movement, has attacked mosques that do not follow its radical ideology in a bloody campaign stretching nearly six years. The old mosque and palace date back centuries to when Kano was one of several Islamic empires thriving off trade in gold, ivory and spices from caravan routes connecting Africa’s interior with its Mediterranean coast — glory days of Saharan Islam that Boko Haram says it wants to recreate. 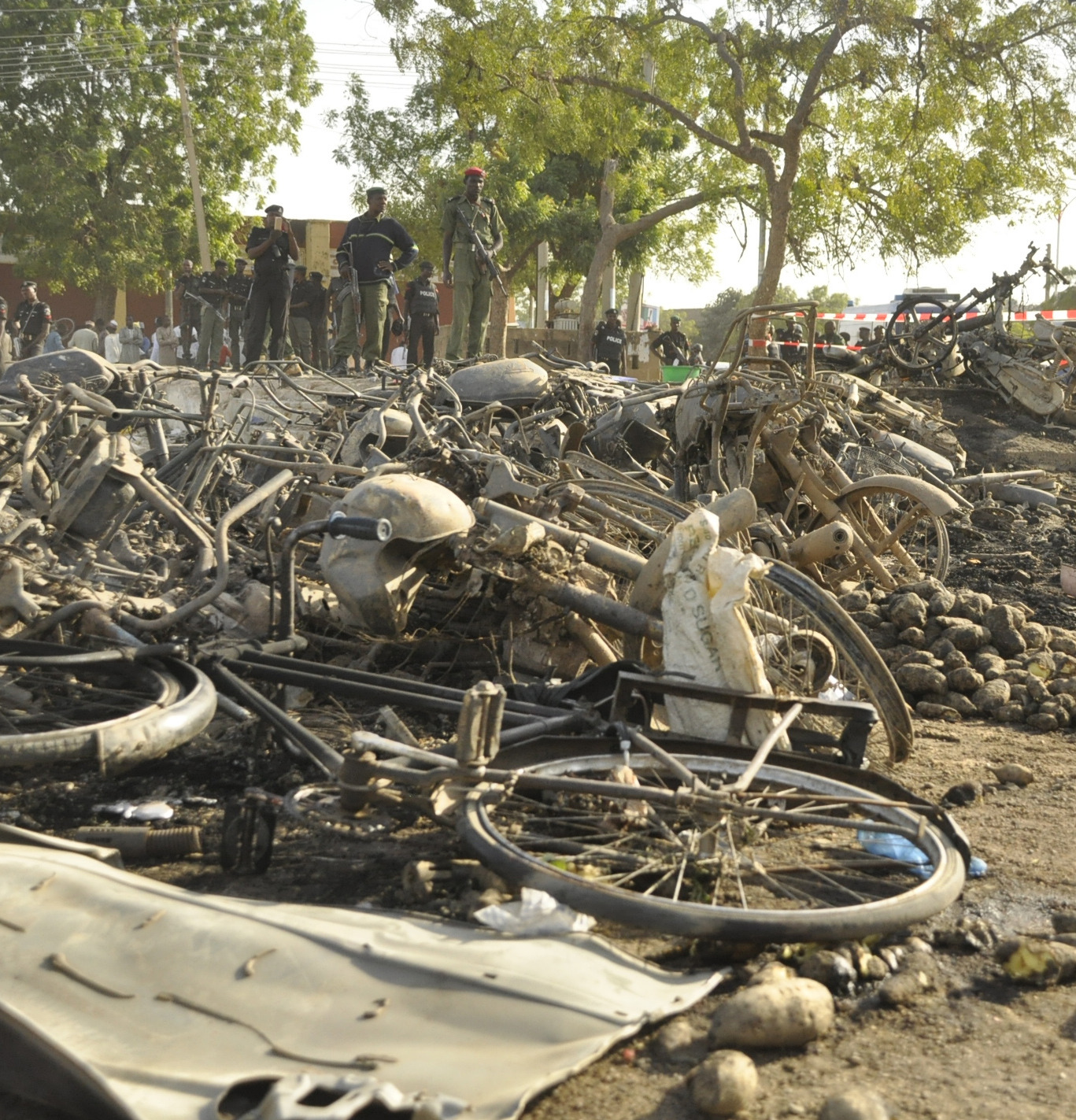