Bring on the weirdness: Comic-Con kicks off four-day extravaganza

Like Batman responding to a beaming Bat signal in the sky, fans are streaming to San Diego for the 45th annual Comic-Con pop culture extravaganza. The four-day celebration kicked off Wednesday night, and is in full force. More than 150,000 fans are expected to attend the sold-out event, where studios will offer exclusive previews of their latest properties.

You buy it here, you sell it on eBay and it pays for your whole trip.

Chris Schultz, who waited in line to buy limited-edition “Guardians of the Galaxy” merchandise, available only at Comic-Con.

The San Diego festival is often the showcase for film, television and gaming studios to publicize upcoming hot movies, shows, and games. This year’s lineup includes “Teenage Mutant Ninja Turtles,” Game of Thrones,” “The Walking Dead,” “The Big Bang Theory,” “Sharknado” and more. The event has outgrown its home at the San Diego Convention Center, and has invaded the area, including the Adult Swim Fun House at Petco Park, home to baseball’s San Diego Padres. 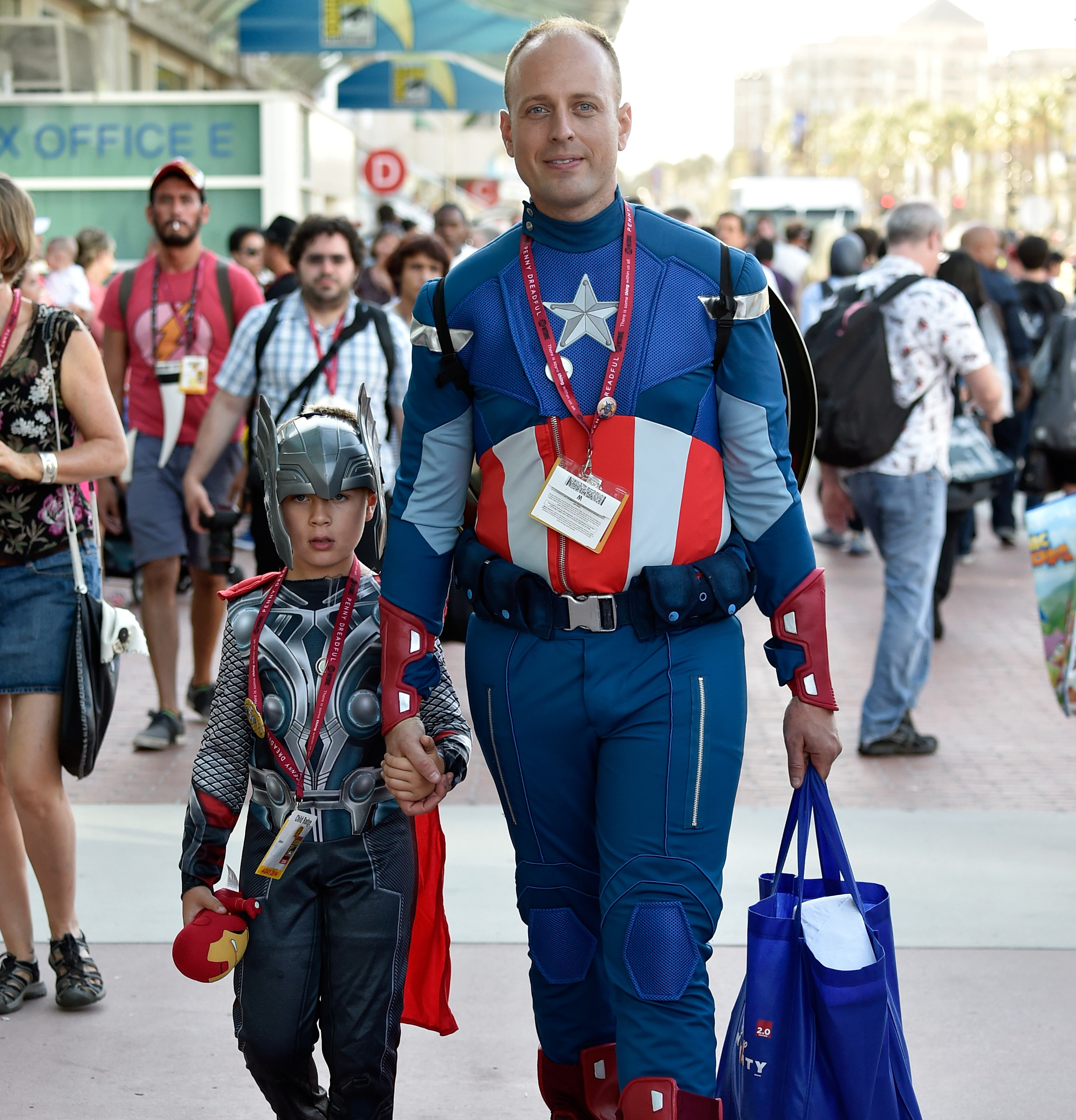