The army strongman in charge of Burkina Faso since the ouster of veteran leader Blaise Compaore three weeks ago formally handed power to interim civilian President Michel Kafando on Friday. Lieutenant Colonel Zida presented a Burkinabe flag to Kafando, who waved it before the crowd gathered in a stadium in Ouagadougou for a ceremony attended by six African heads of state. Zida was named prime minister in Burkina’s interim government despite international pressure for the army to stand back as the country makes a phased return to democratic rule. Kafando’s appointment will ensure the military retains a large say in running the country. A 72-year-old former foreign minister and career diplomat, Kafando vowed to punish those responsible for excesses during the 27-year-long rule of Compaore, who was very close to the likes of deposed Libyan dictator Moamer Kadhafi and Liberian warlord-turned-president Charles Taylor, currently jailed for war crimes.

We will settle accounts with all those who have abused justice and who think they can siphon off public funds. The message of the people is clear and we have heard it. No more injustice, no more chaos, no more corruption. 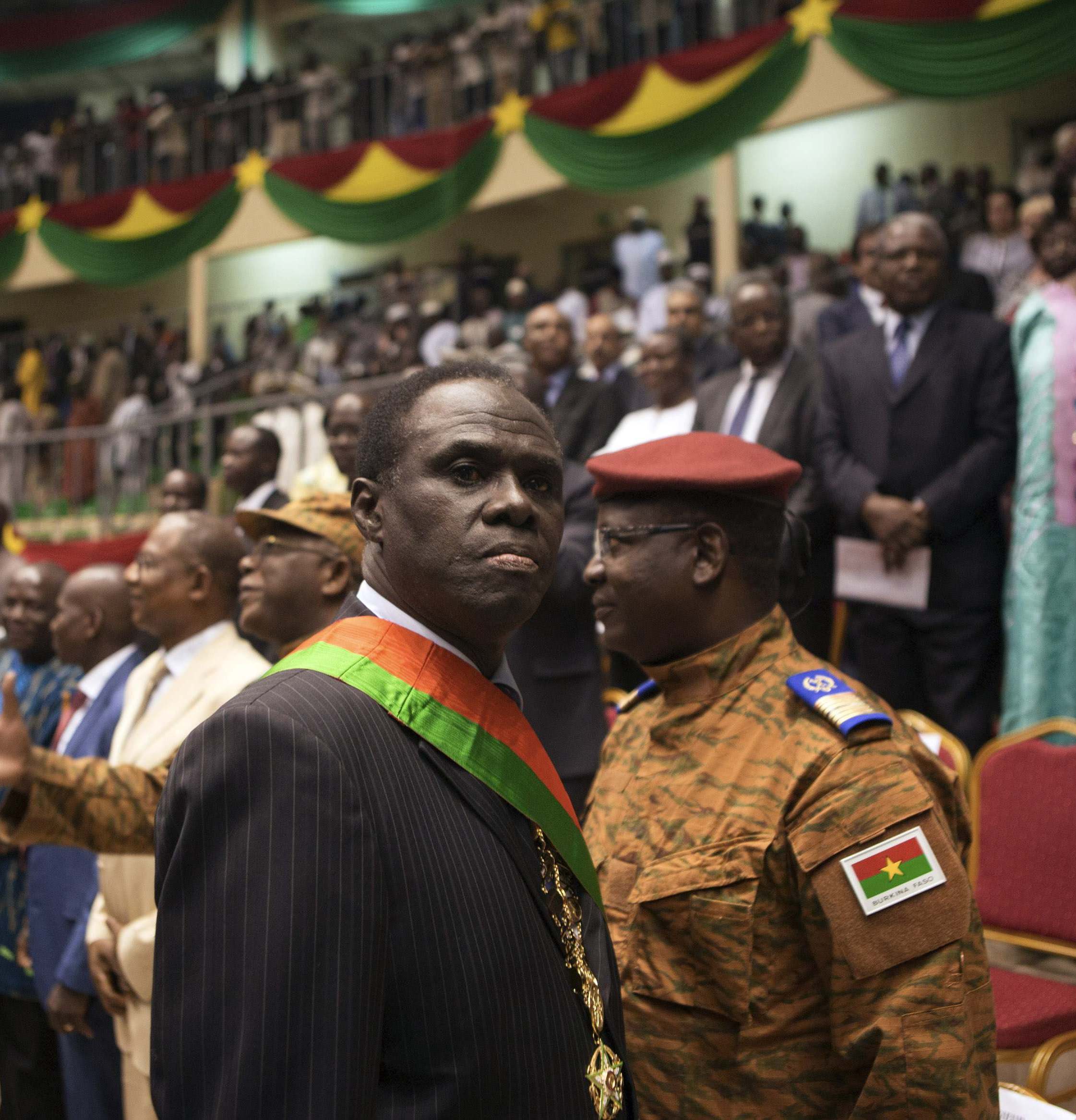