It was written “a long, long time ago” but the original manuscript for Don McLean’s American Pie is up for auction today. The 16 pages of hand-written and typed drafts include notes and amendments for the recording that became a hit after its 1971 release. McLean, 69, is among the most renowned singer-songwriters of his generation. He said he decided to sell the manuscript on a whim and has admitted the beginning of the more than eight-minute song is about the death of singer Buddy Holly.

It’s the creative process from beginning to end. You see great moments of inspiration, you see him attempting things that then didn’t work out.

Tom Lecky, head of books and manuscripts at Christie’s in New York

The six verses of American Pie are said to reflect the social upheavals of the 1960s and early 70s and many have tried to interpret the song, although McLean has never confirmed the meaning of the lyrics. Madonna covered the song in 2000 and it became a number one hit in many countries. Bob Dylan’s lyric notes for Like A Rolling Stone, sold for just over $2m (£1.34m) at auction last year, setting the record for a hand-written manuscript. 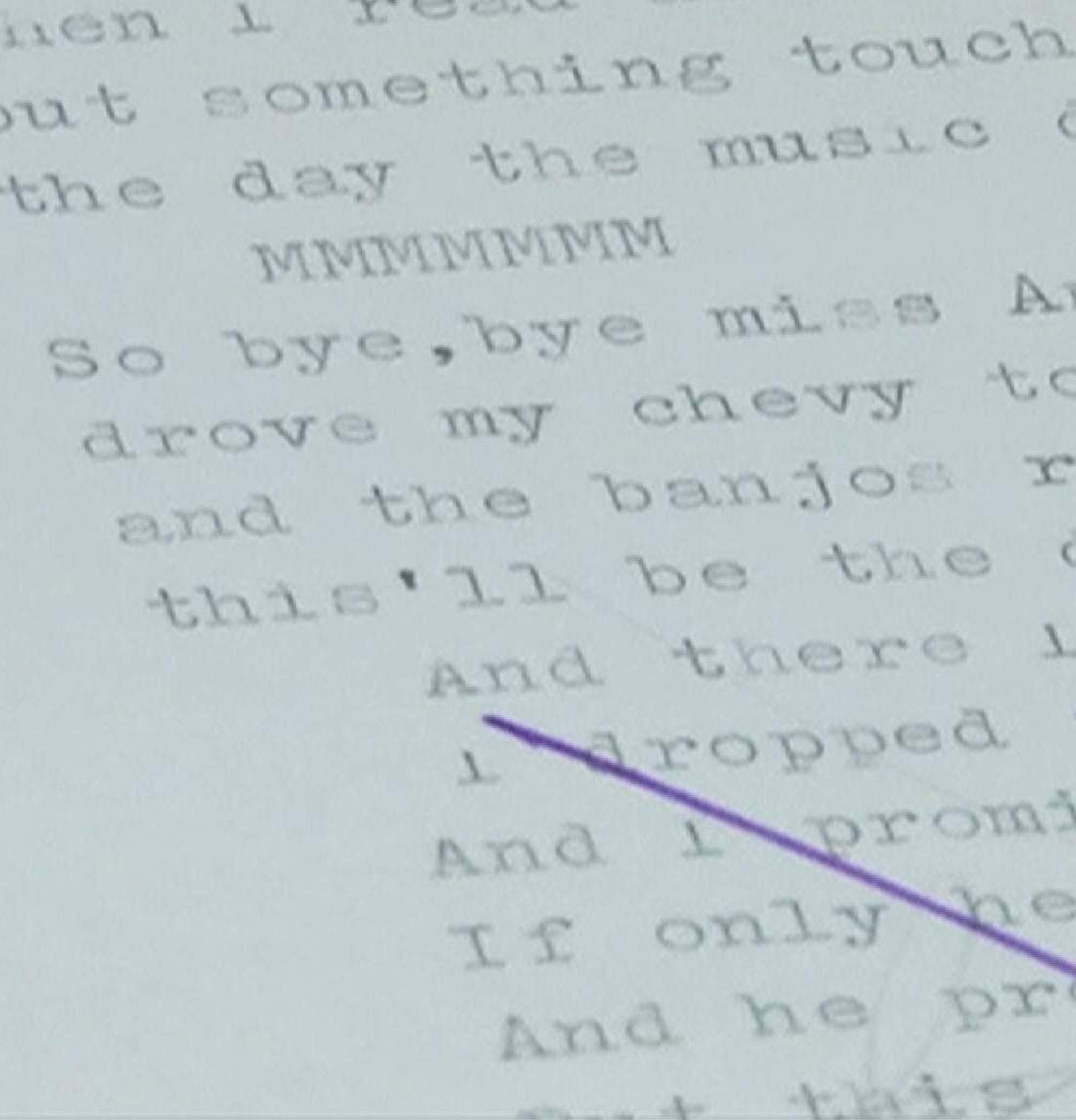