Cambodia’s ruling and opposition parties say their leaders will hold a fresh round of talks to end a yearlong political deadlock after last year’s contentious election. Both parties said in a joint statement Monday that Prime Minister Hun Sen and opposition leader Sam Rainsy will hold talks Tuesday for the third time to try to defuse the political tension. Lawmakers from Sam Rainsy’s Cambodia National Rescue Party have boycotted their seats in the Parliament since last July’s election, and are demanding reforms and new elections. Sam Rainsy returned to Cambodia on Saturday, a few days after eight of his colleagues were arrested during a demonstration at a park in Cambodia’s capital.

[The talks are] in order to defuse political tension and to achieve national reconciliation.

Meanwhile, anti-Vietnam protesters faced off with riot police outside the Vietnam embassy in Phnom Penh on Monday. Demonstrators were protesting the loss of disputed historic Kampuchea Krom territory to Vietnam. Monks protested earlier in July after a comment by the Vietnamese embassy spokesman who said the territory belonged to Vietnam long before France officially granted it the land in 1949. Khmer Kampuchea Krom is a region comprising much of present-day southern Vietnam. 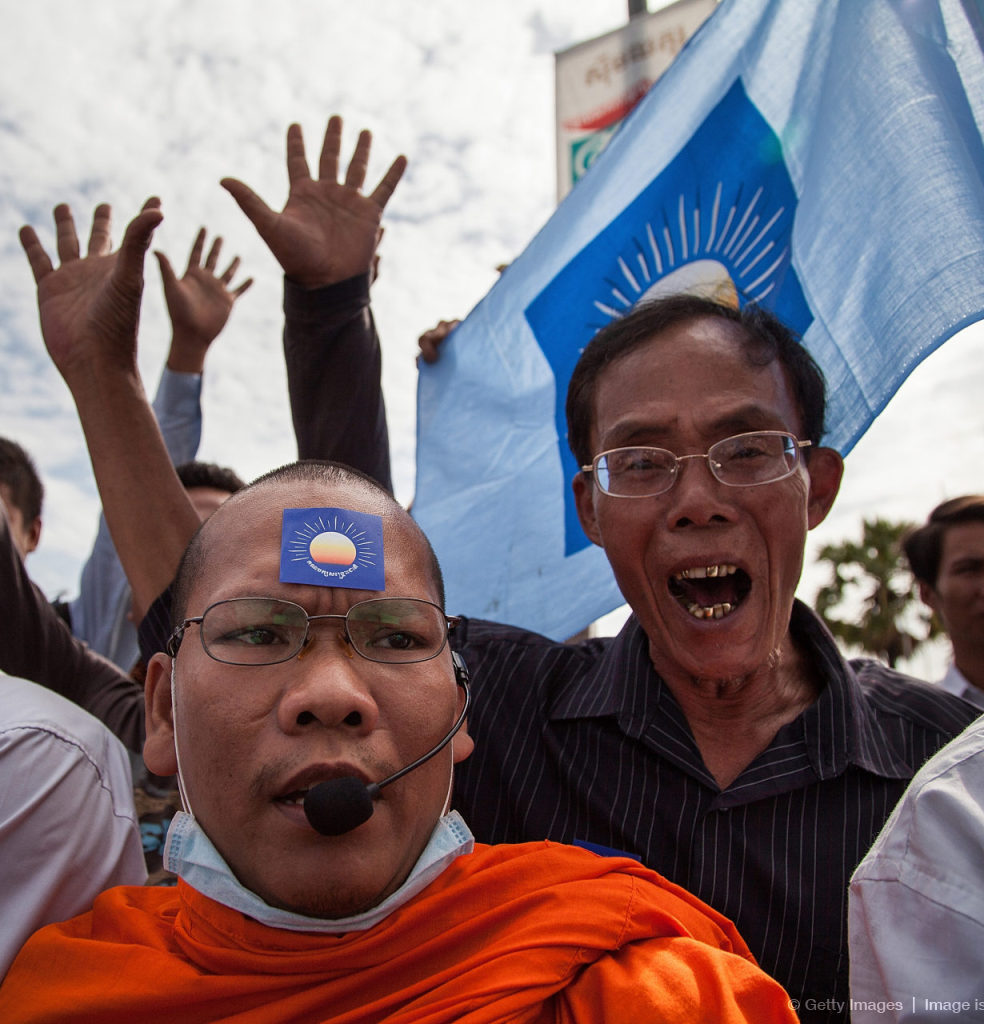