Germany will hold a memorial service Friday to mourn the victims of the Germanwings crash, blamed on a depressed co-pilot believed to have deliberately steered the plane into a mountain. Flags will fly at half-mast nationwide for the 150 victims as political and religious leaders join hundreds of bereaved relatives at a noon (1000 GMT) service at the imposing Cologne Cathedral. German Chancellor Angela Merkel and President Joachim Gauck will attend the ecumenical service along with Spain’s Interior Minister Jorge Fernandez Diaz and French Transport Minister Alain Vidalies. Lufthansa chief Carsten Spohr will also attend, as will three executives of its low-cost subsidiary Germanwings, Thomas Winkelmann, Axel Schmidt and Oliver Wagner, the company said.

How much suffering can we ask these families to take? They must be numbed with anger.

Jean-Francois, a French Le Vernet native who volunteered at the crash site

About 1,500 guests are expected for the service, among them 500 relatives of the victims, in northern Europe’s largest Gothic church, which will also be broadcast live on screens outside the cathedral and to viewers nationwide. Mourners will be able to leave flowers and light candles on the stairways leading to the cathedral, and outside the city’s main railway station nearby. A white flag bearing a black cross hangs outside the cathedral, while in front of the altar 150 candles have been set up, one for each of those killed. The Germanwings Airbus 320 was on route from Barcelona to Duesseldorf when it crashed in the French Alps on March 24, killing everyone aboard, including 72 Germans and 50 Spaniards. 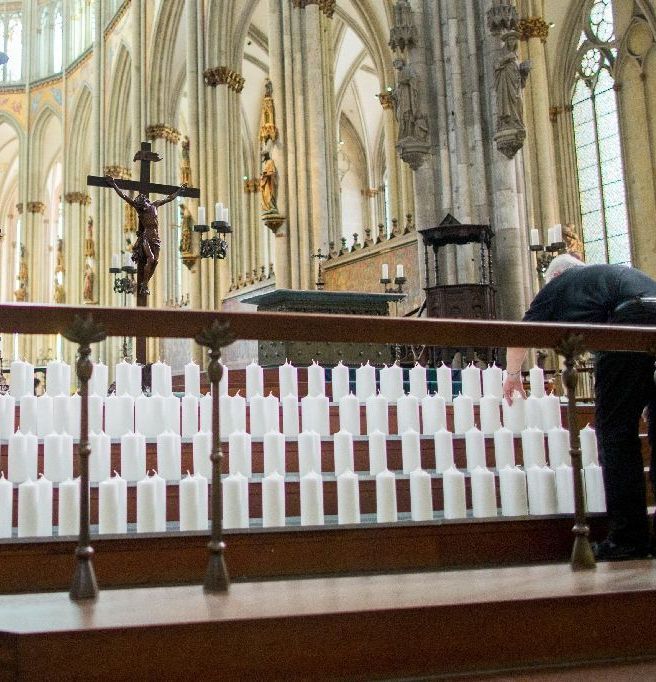