China’s strongest typhoon in four decades is expected to make landfall in southern China’s Hainan or Guangdong provinces on Friday afternoon, packing killer winds of more than 200km/h. China’s National Meteorological Center (NMC) said Super Typhoon Rammasun, which has strengthened since it hit the Philippines, was on course to hit Hainan island and Guangdong province late in the afternoon. On Thursday, the NMC issued its highest “red alert” for the storm, its first such declaration this year according to Xinhua. The storm brought high winds and rain to Hong Kong and was due to plow through northern Vietnam after passing Hainan.

It is moving northwest at 25 km per hour and is likely to make landfall in the west of Guangdong Province or in Hainan on Friday.

Rammasun left a trail of destruction and at least 40 dead in the neighbouring Philippines. The typhoon destroyed or damaged 26,000 homes, while cutting electricity supplies to nearly all of Manila, a megacity of more than 12 million people, and surrounding urban areas. Rammasun was the first typhoon to make landfall in the Philippines since this year’s rainy season began in June, and the first major storm since Super Typhoon Haiyan devastated the eastern islands of Samar and Leyte in November last year. 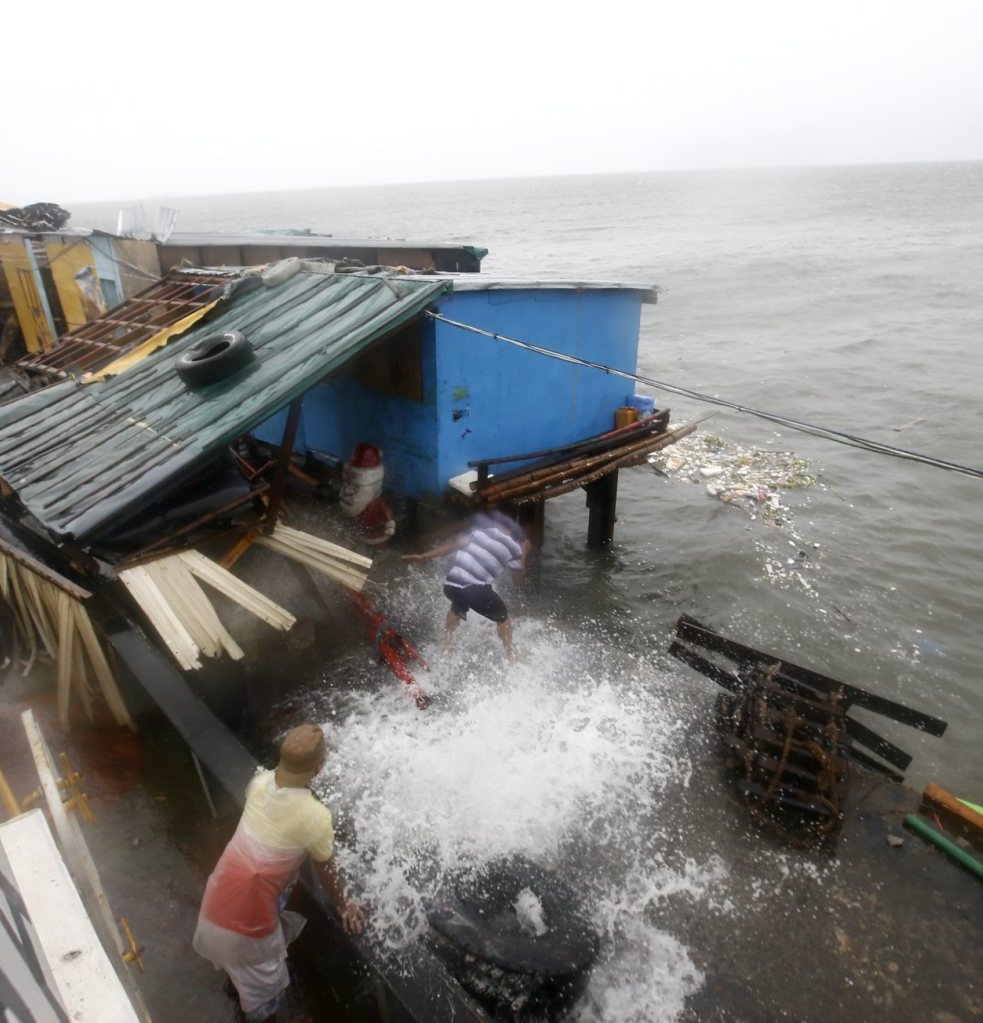