Five employees of a company accused of selling expired beef and chicken to McDonald’s, KFC and other restaurants were detained by police Wednesday after an official said illegal activity was an organised effort by the supplier. Food safety violations at Shanghai Husi Food Co Ltd were company-led and not the acts of individuals said investigators. Those in criminal detention include Husi’s quality manager. Husi repackaged old beef and chicken and put new expiration dates on them.

We discovered that some of the company’s illegal behaviour was not the behaviour of individuals, but rather an organised arrangement by the company.

OSI has said it was investigating the matter after a TV report showed staff at its Shanghai facility using expired meat and picking up meat from the floor to add to the mix. In a separate statement, the Shanghai food watchdog said it had sealed more than a thousand tonnes of suspected meat products from OSI in China, and a further 100 tonnes of products from a range of its clients. The scandal has already spread to McDonald’s operations in Japan, where a fifth of its Chicken McNuggets were sourced from Shanghai Husi Food. Product safety is unusually sensitive in China following scandals over the past decade in which infants, hospital patients and others have been killed or sickened by phony or adulterated milk powder, drugs and other goods. 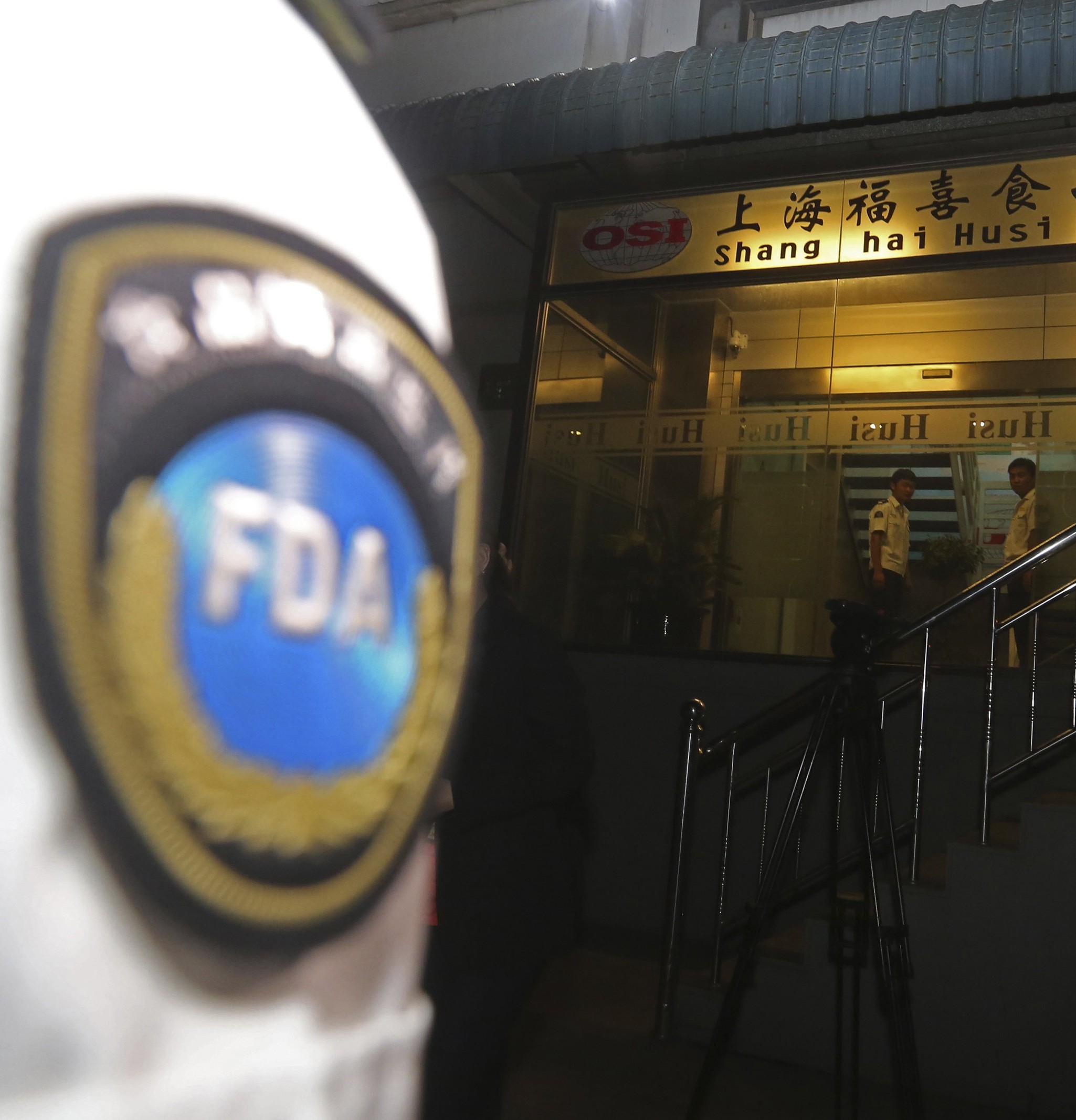