China’s food regulator has visited 581 restaurants, businesses and food distributors as it investigates a fast-spreading food safety scare that has dragged in a number of global brands and hit food outlets as far away as Japan. Shanghai police detained five people on Wednesday, including the head and the quality chief of Shanghai Husi Food, a Chinese-based supplier to foreign fast-food brands including KFC, McDonald’s Corp and coffee chain Starbucks Corp over allegations it supplied out-of-date meat. Shanghai Husi Food is owned by Illinois-based OSI Group. Yum Brands Inc, the owner of KFC and Pizza Hut, severed ties with OSI, and McDonald’s said it would move supply from the Shanghai facility to OSI’s new plant in the eastern central province of Henan.

What happened at Husi Shanghai is completely unacceptable. We will bear the responsibility of these missteps, and will make sure they never happen again.

Chinese police, local government and prosecutors are now also involved in the case. Police have given no further details on those detained. The scandal broke after a TV report on Sunday showed staff at Shanghai Husi Food using long expired meat and picking up food from the floor to add back to the mix. McDonald’s and Japanese convenience store FamilyMart Co Ltd said they had taken some products off their shelves in Japan, which had been supplied by Shanghai Husi. Chinese consumers are sensitive to food safety scares after a deadly dairy scandal in 2008. Yum’s KFC saw sales dip after a food safety scare in late 2012, while Wal-Mart Stores Inc came under fire early this year over tainted meat products. 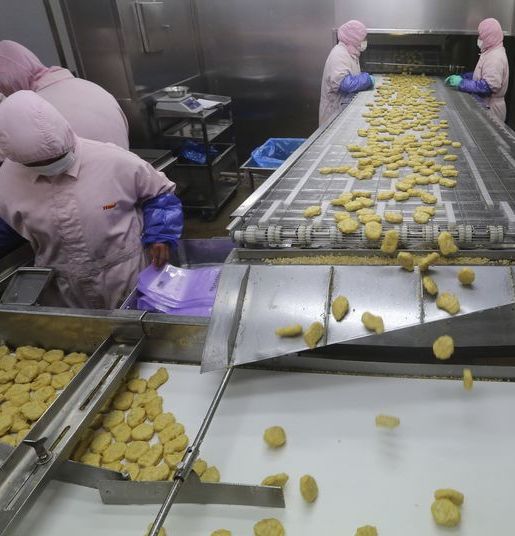