Military spending increased sharply in 2014 in China and Russia and the Ukraine conflict prompted eastern European countries to boost their defence programmes, according to a study by the Stockholm International Peace Research Institute (SIPRI) released Monday. The United States remains the world’s biggest spender on defence, but it spent 6.4 percent less year-on-year in 2014, while China, Russia and Saudi Arabia - the world’s next three highest spenders - all increased their expenditures. China’s spending last year was estimated at $216 billion (204 billion euros), a 9.7 percent rise. The conflict in Ukraine pitting Kiev against pro-Moscow rebels has seen eastern European countries near Russia rack up their spending and revise their defence plans.

The Ukraine crisis has fundamentally altered the security situation in Europe, but so far the impact on military spending is mostly apparent in countries bordering Russia.

Ukraine’s budget jumped by over 20 percent to $4 billion, while Russia’s rose by more than eight percent to $84.5 billion. The Russian government’s budget foresees an even bigger rise - of 15 percent - in 2015, but that could be cut due to the economic troubles linked to the Ukraine conflict. In Western Europe, as in the United States, budgets were shrinking, the report said. While Washington is still the world’s top military spender, levels have shrunk by a fifth since they peaked in 2010, said SIPRI, an independent institute that studies conflict, weapons, arms control and disarmament.

While total world military spending is mostly unchanged, some regions, such as the Middle East and much of Africa, are continuing to see rapid build-ups that are placing an increasingly high burden on many economies. 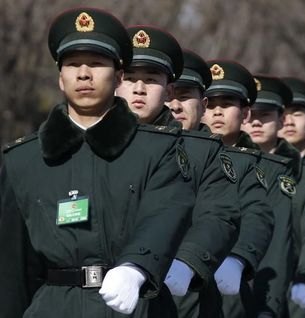