One of China’s most famous television hosts has had his shows taken off air after allegedly insulting Communist China’s founding father Mao Zedong, according to reports. State broadcaster CCTV said it was investigating Bi Fujian for having caused a “serious social impact”. A video posted online showed Bi - who has hosted CCTV’s New Year Gala, the most watched television programme in the world - calling Mao a “son of a bitch” and mocking the revolutionary leader while singing in Peking Opera style at a dinner. Bi’s programmes will be taken off the air for four days, Internet news portal Tencent reported, citing CCTV staff.

He was only fired because he’s a public figure, and because we don’t have freedom of speech in this country.

During his time in power Mao was at the apex of a vast personality cult. Analysts say current President Xi Jinping has presided over one of the harshest crackdowns on freedom of expression in recent years, with public figures who do not follow the Party line quickly silenced. Last month five women’s rights campaigners were detained after planning a series of public events to raise awareness of sexual harassment ahead of International Women’s Day.

All websites are to find and delete the indecent video of Bi Fujian parodying a song. Cool down related discussions, and stop hyping the story. 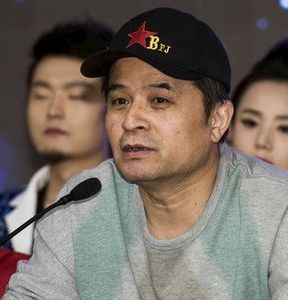