Chinese President Xi Jinping said Saturday no one can deny the Nanjing Massacre, as China for the first time held a national day of remembrance for the Japanese military rampage Beijing says killed 300,000 people. A crowd of what state media put at 10,000 people attended a ceremony in Nanjing to mark the 77th anniversary of the massacre, including aging survivors - some in their 90s - of the Japanese invasion of the eastern city on December 13, 1937. The crowds sang a boisterous rendition of China’s national anthem at the ceremony broadcast live on national television, followed by a moment of silence, as a siren symbolising grief blared and the Chinese flag flew at half-mast under clear skies. Later 3,000 doves symbolising peace were released into the skies in memory of the victims, according to Xinhua.

Anyone who tries to deny the massacre will not be allowed by history, the souls of the 300,000 deceased victims, 1.3 billion Chinese people and all people loving peace and justice in the world.

In February, China’s National People’s Congress, the country’s Communist Party-controlled legislature, made the anniversary of the Nanjing Massacre an official day of remembrance - along with September 3 to mark the country’s victory against Japan in 1945 - as tensions with Japan over a maritime territorial dispute and rows over history intensified. The “Rape of Nanking” is an exceptionally sensitive issue in the often-tense relations between Japan and China, with Beijing charging that Tokyo has failed to atone for the atrocity. The Japanese military invaded China in the 1930s and the two countries fought a full-scale war from 1937 to 1945 that ended with Japan’s defeat in World War II. China says 300,000 people died in a six-week spree of killing, rape and destruction after the Japanese military entered Nanjing, although some respected foreign academics put the number lower. 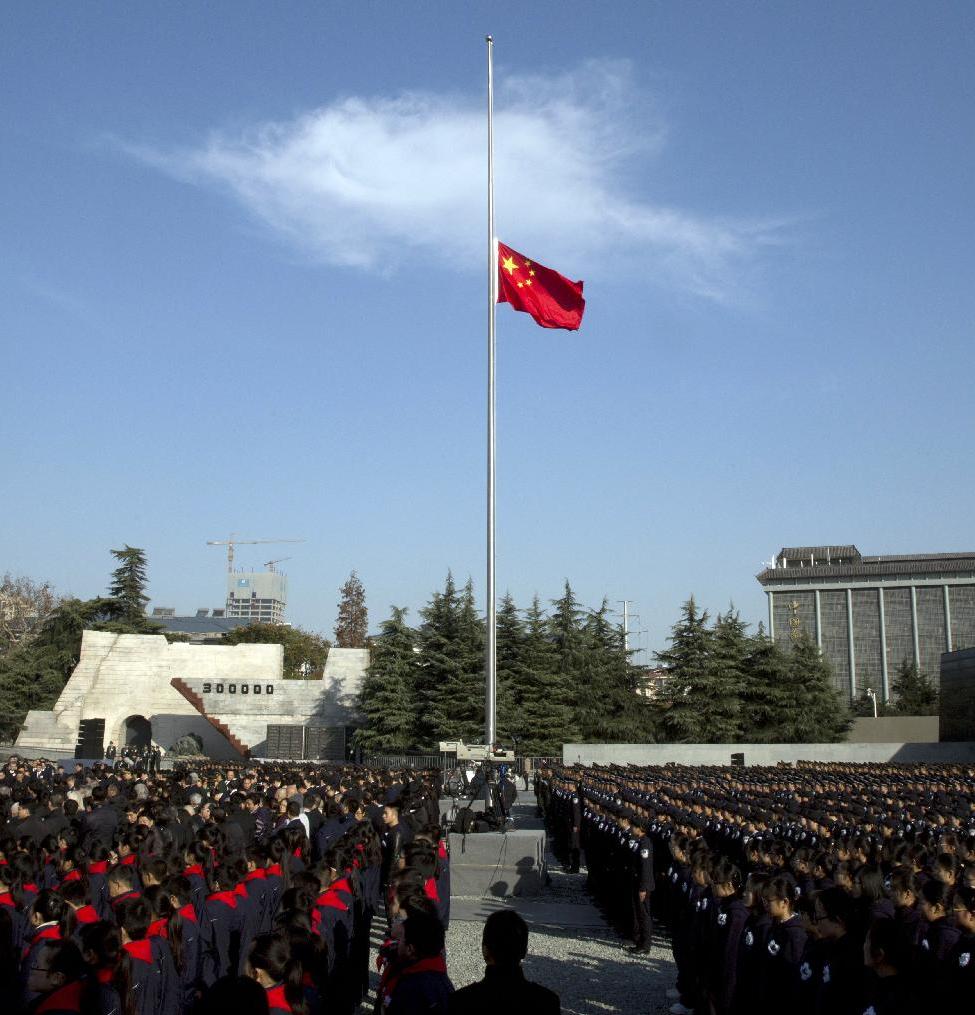