More than 30 taxi drivers were hospitalised after apparently drinking pesticide during a protest in central Beijing over what they said was poor treatment by their taxi companies. Local media reported at least ten men fell to the ground on a busy sidewalk, some of them frothing from the mouth. Videos of the protest quickly spread on Chinese social media sites, showing the men on the ground. The incident took place in the capital’s landmark Wangfujing shopping street. The drivers, none of whose lives were deemed to be in danger so far, were all from the northeastern Chinese province of Heilongjiang, Beijing police said in a statement. It identified them as “individual” taxi drivers, which means they do not work for taxi companies but instead contract with government authorities.

They came to Beijing to express their demands on contract and vehicle renewal.

Protests over labour, land, environmental and other disputes are frequent in China and are thought to number in the tens of thousands annually. The ruling Communist Party, wary of the political threat social unrest could have, monitors gatherings closely and can crack down if they turn violent, show signs of coordination beyond the given locale or are focused on human rights issues. There have been an increasing number of large-scale environmental protests in recent years, especially in urban areas. Pesticide is a common method of suicide in China. 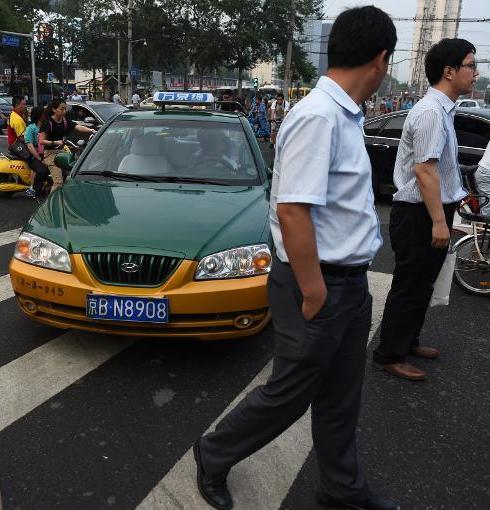