Sierra Leone’s government has declared a five-day lockdown in the country’s north to step up efforts to contain the Ebola epidemic, while making an exception for Christmas. The lockdown announced Wednesday is designed “to intensify the containment of the Ebola virus,” said Alie Kamara, resident minister for the Northern Region. Kamara said Muslims and Christians would not be allowed to hold services in mosques or churches during the lockdown – “except for Christians on Christmas Day”. Kamara said shops and markets would be closed throughout the period, and “no unauthorised vehicles or motorcycle taxis” would be allowed to circulate “except those officially assigned to Ebola-related assignments”. Among “key objectives” is to allow health workers to identify patients, Kamara said.

Although the district is predominantly Muslim, it is traditional for Muslims to join with Christians to celebrate Christmas but from what I can deduce, it’s going to be a bleak occasion.

Felix Koroma, in Makeni, in the district of Bombali

Ebola has killed more than 7,500 people, almost all of them in west Africa. Sierra Leone, Liberia and Guinea are the three nations worst-hit by the epidemic, and Sierra Leone recently overtook Liberia as the country with the highest number of Ebola infections. Sierra Leone declared a state of emergency on July 31 after the Ebola outbreak and imposed restrictions on the movement of people. As of Wednesday six of the country’s 14 departments have these restrictions in place. On December 12, the government announced a restriction on large Christmas and New Year gatherings.

Other districts will carry on with their own individual lockdown after this if they deemed it necessary. 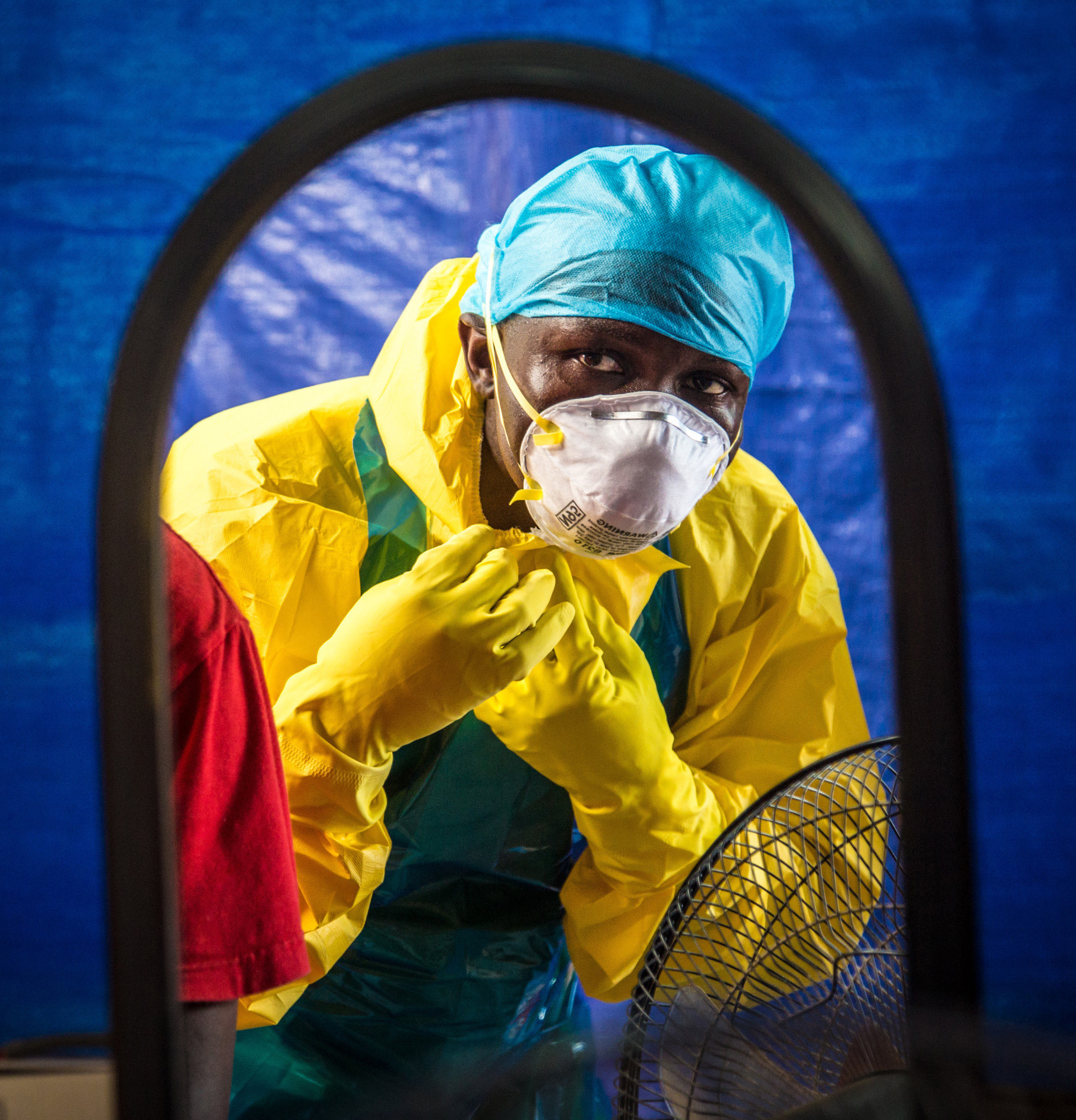