Hong Kong police clashed with pro-democracy demonstrators Wednesday after a small group attempted to break into the city’s legislature, with tensions spiking as court-ordered clearances of protest sites get under way. Around 100 police used pepper spray and batons as they battled hundreds of protesters, some in helmets and waving umbrellas – a symbol of their movement – in an angry confrontation that broke out in the early hours. Officers made four arrests. The clashes were sparked when a group of around a dozen protesters smashed their way through a side entrance to the southern Chinese city’s Legislative Council using metal barricades as improvised battering rams.

We want to escalate our protest. The government has not responded to the demands of protesters and residents.

A regular session of the chamber was cancelled on Wednesday and visitor tours of the complex were suspended, the government said in a statement. Demonstrators have been camped on three major Hong Kong thoroughfares for almost two months, demanding free leadership elections for the semi-autonomous city, but public support has ebbed as the weeks pass with little progress. Authorities moved in for the first time to take down some barricades at the main protest camp Tuesday after a court granted an order to remove obstruction at the area, which is close to the legislative building.

It’s not something we like to see… We call on occupiers to stick firm to peaceful and non-violent principles and be a responsible participant of the umbrella movement.

Lester Shum of the Hong Kong Federation of Students. 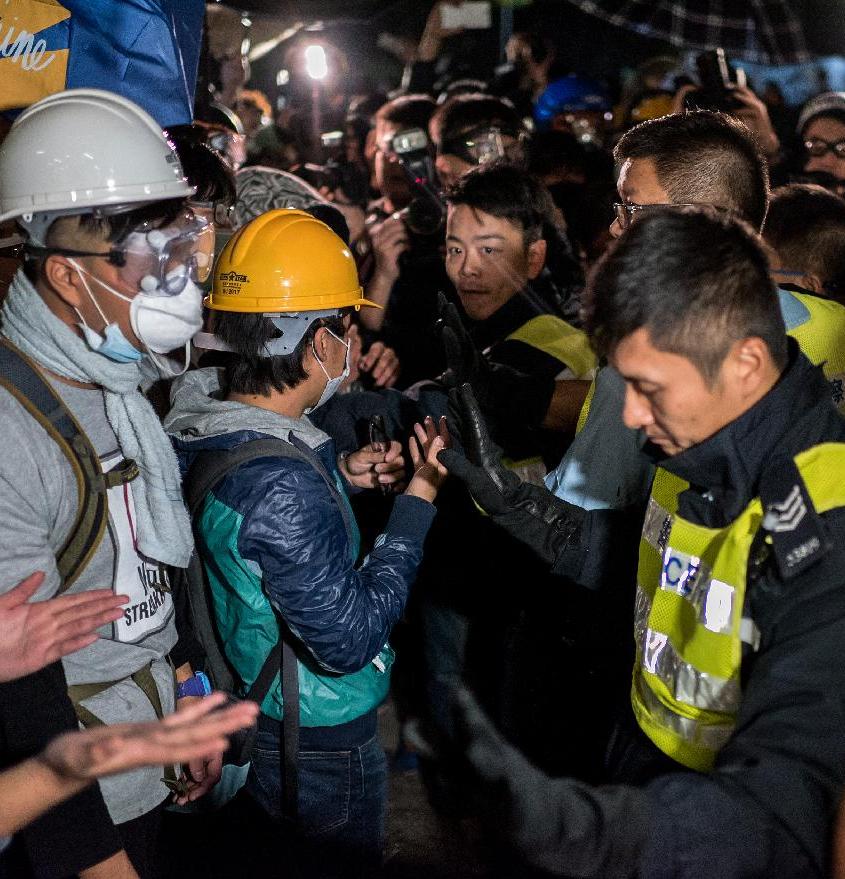