Clashes erupt in Athens after protest to mark 2008 police killing

Rampaging protesters threw petrol bombs at police and set bank ATMs, cars and shops on fire in central Athens on Saturday, the anniversary of the police killing of a teenager six years ago. Riot police used teargas and water cannons to beat back protesters in the bohemian Exarchia neighborhood, where about 200 black-clad youths hurled stones and Molotov cocktails at them. A cloud of smoke billowed into the sky from the clashes. At least two shops were set on fire, and dozens of others damaged. Police said they detained nearly 100 demonstrators. The clashes erupted after about 6,000 protesters marched to commemorate the 2008 police shooting of Alexandros Grigoropoulos, an anniversary that normally draws thousands of anti-establishment protesters.

I’m leaving this red flower, red like your blood spilled on the pavement. 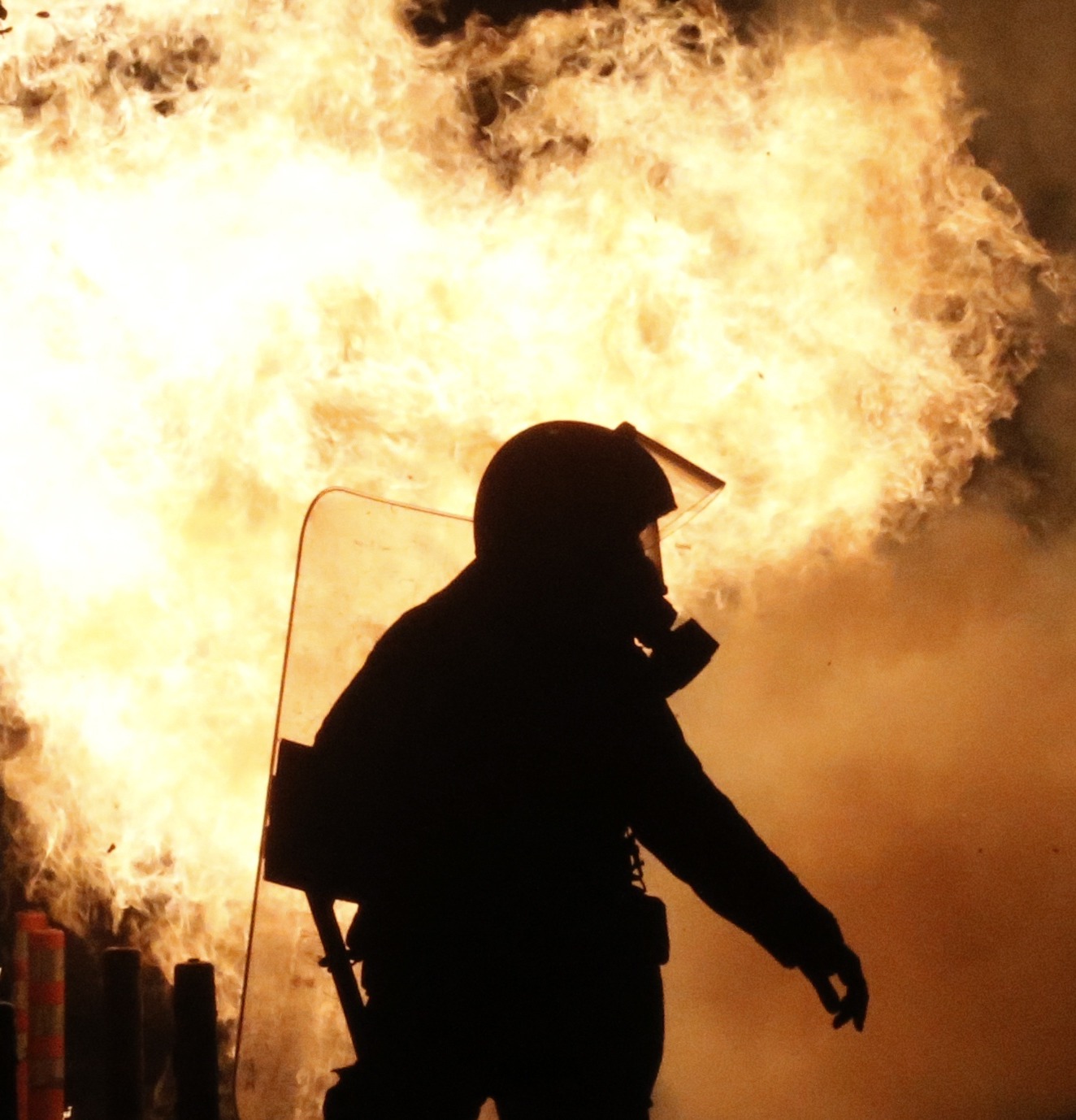