Cliffhanger in Nigeria as presidential election remains ‘too close to call’

In a cliffhanger of an election, early returns from half the states showed Nigerian President Goodluck Jonathan and former military dictator Muhammadu Buhari almost even. The U.S. and Britain warned of “disturbing indications” that the tally could be subject to political interference. Counting stopped just before midnight with Jonathan winning nine states and the tiny Federal Capital Territory to Buhari’s nine states. But Buhari won many more votes - 8.5 million to Jonathan’s 6.48. Another 18 states - including Lagos which has the biggest number of voters of any state - still have to send results to the counting centre in Abuja, electoral commissioner Attahiru Jega announced. He said the count resumes at 10 a.m. (0900 GMT) Tuesday.

There are disturbing indications that the collation process - where the votes are finally counted - may be subject to deliberate political interference.

It’s the first time in Nigeria’s history that a challenger has a real chance of defeating a sitting president. Buhari swept the northern states of Kano and Kaduna, as expected, but delivered unexpectedly crushing defeats to Jonathan. This is only the eighth election since independence from Britain in 1960. An overnight curfew was imposed in Nigeria’s southern Rivers state as tensions ran high over local results of the country’s general election. Protests erupted in two southwestern states won by Buhari’s party. Jonathan, 57, is a Christian from a minority tribe in the lush oil-producing south and 72-year-old Buhari is a Muslim from the semi-arid north that is home to farmers, cattle herders and centuries-old caliphates. 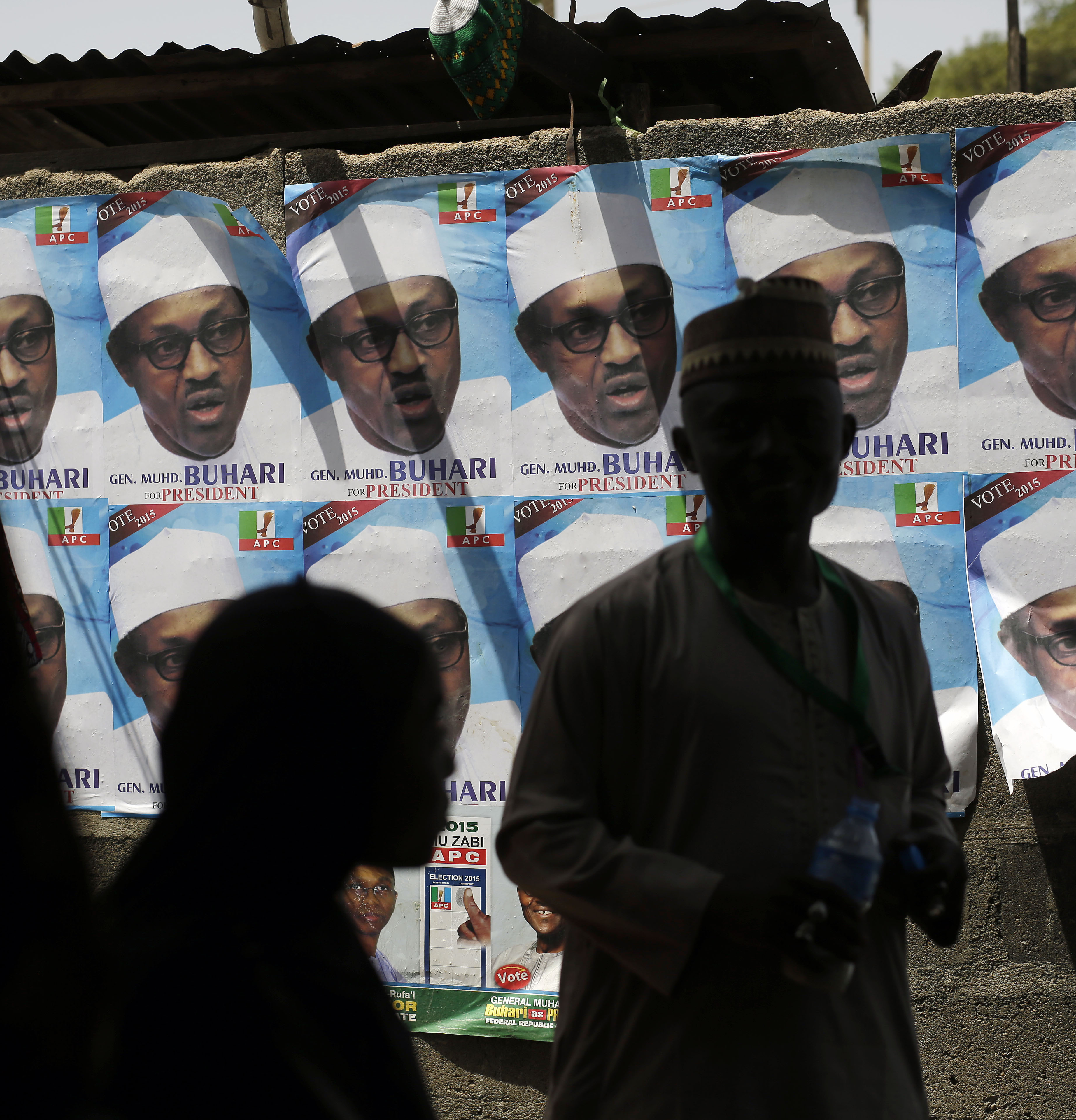