Coffins of Alps plane crash schoolchildren arrive in their hometown

The coffins of 15 of the 16 classmates killed in the Alps plane crash have arrived in their hometown in Germany. The white hearse convoy, accompanied by a police motorcade, drove past Haltern’s Joseph-Koenig-Gymnasium, the high school attended by the teenagers. Mourners gathered outside the building to pay their respects to the pupils, who were returning from an exchange trip in Barcelona with two teachers when the Germanwings plane crashed, killing all 150 people on board. Pupils left roses for their dead friends outside the school. They also lit white candles in the playground, where 18 trees were recently planted as a memorial to the deceased.

It’s especially difficult for the students of grade 10. There used to be 150 students, now they are only 134 … many lost their best friends.

Earlier, the remains of 44 people, including the 15 children, arrived in Dusseldorf - the city where the doomed flight was supposed to land nearly three months ago. Their coffins were transported from the French city of Marseilles last night, not far from where co-pilot Andreas Lubitz deliberately slammed the passenger plane into a mountain. Relatives have been frustrated by delays in returning remains to their grieving families. Mistakes were made on death certificates, and the condition of the crashed aircraft made it difficult for workers to find and identify victims’ remains. The first burials will be held on Friday and the final ones will be at the end of the month. One of the teenagers will not be buried in Haltern.

It will be brutal when they see the coffins, but it is necessary, because they need closure and that’s only possible if they accept that their children are dead. 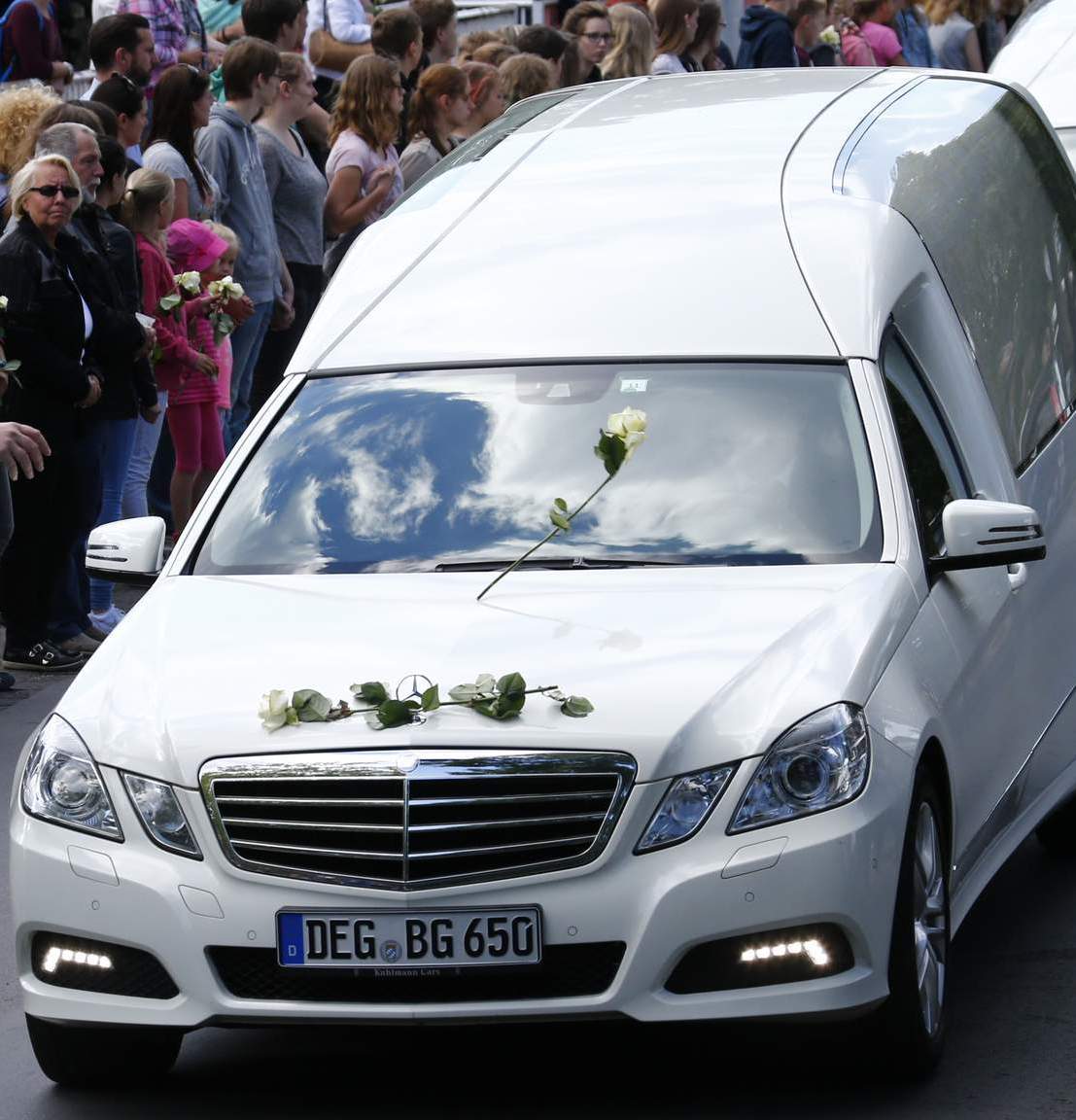