Europe’s comet probe Philae uploaded a slew of science data to Earth Friday, ending a nailbiting wait by mission controllers who feared it would run out of power before making final contact. The robot lab had been working against the clock, attempting to drill into comet 67P/Churyumov-Gerasimenko 510 million kilometres from Earth, before its onboard battery runs out, expected some time Saturday.

We are in a shadow permanently, and that is part of the problem.

Mission managers back on Earth had waited anxiously since Friday morning to see whether the probe would have enough power from its 60-hour onboard battery to do a final data upload. A drill sample had been among the most highly anticipated results from Philae’s mission, with scientists hoping for clues to the formation of the Solar System 4.6 billion years ago, and even the appearance of life on Earth. It was not clear if the drill had been successful and whether sample analysis was among the data. 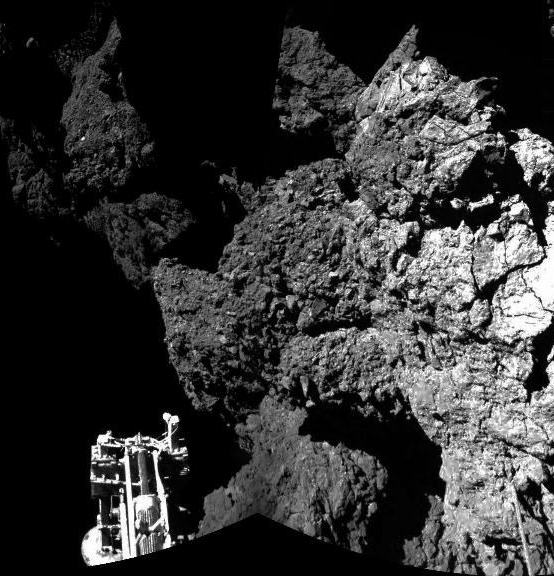