The Cold War has flared up again in Germany ahead of a tight and unpredictable state assembly vote on Friday in the eastern state of Thuringia, where the reform communist Left party is yearning to take control of a regional government for the first time. The prospect of a Left politician leading a state coalition with the Social Democrats (SPD) and Greens has unsettled Chancellor Angela Merkel’s Christian Democrats and put strains on her grand coalition with the SPD over fears it could be a blueprint for a future left-wing alliance at the national level. Thousands have protested in the state capital Erfurt against the prospect of the pro-Russian, anti-NATO Left taking power.

The Cold War paranoia breaking out in Thuringia is bizarre - you get a feeling it’s a state bordering Russia rather than Hesse and that Soviet tanks are ready to roll in.

The SPD and Greens have been accused of betraying victims of East Germany’s communist dictatorship by cooperating with the Left, which is popular in the east and traces its roots to the Socialist Unity Party of Germany that built the Berlin Wall. Merkel’s opposition to the Left-SPD-Greens alliance is because her CDU has lost control of six states since 2009 and now leads just five of the 16, Neugebauer said. By abandoning their ostracism of the Left and helping Bodo Ramelow become the first Left state premier, the SPD would be dislodging the CDU after 24 years in power in Thuringia.

The reality is that the Left taking control of a state is a big step towards more German unity. 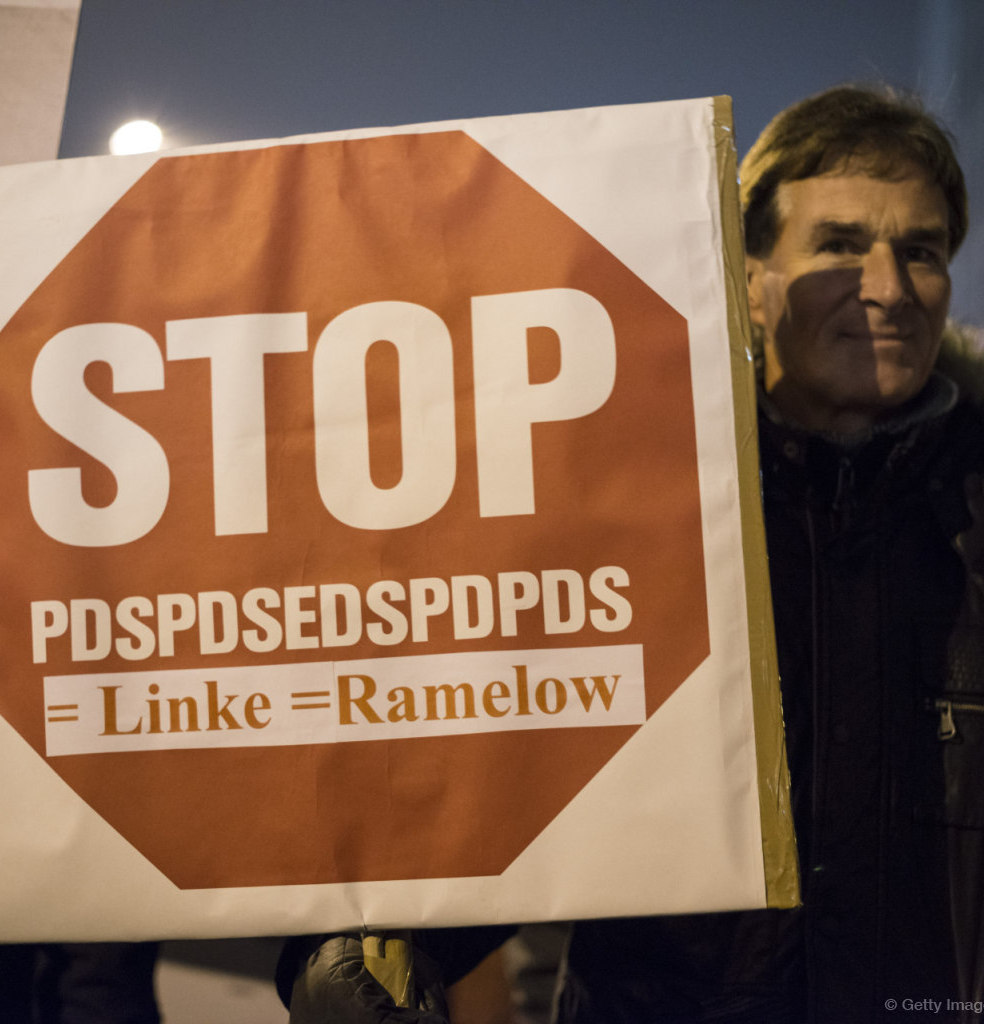