Hundreds of thousands of people waving Vatican flags on Saturday greeted Pope Francis as he headed deep into mafia territory, visiting jailbirds and the poor in Naples amid heightened security. In the poor, crime-ridden Scampia area of the city, the pontiff plunged into a crowd of children and young people, two of whom managed to pose for a selfie with him. Up to 800,000 people were expected to turn out through the day in the southern Italian city to greet the Argentine-born pontiff, who last year declared war on organised crime by excommunicating all mafiosi from the Catholic Church.

Corruption stinks, corrupt society stinks…we all have the potential to be corrupt and to slip into criminality.

Security was tight for the visit: apart from risks posed by gangsters with a grudge, the pope has been threatened by the Islamic State (IS) group, and trips outside the Vatican are considered prime opportunities for assassination attempts. After a massacre at a Tunisian museum this week claimed by IS, all eyes were on the elderly pontiff’s safety. 3,000 extra policemen have been deployed along the route he will take, including snipers on rooftops. 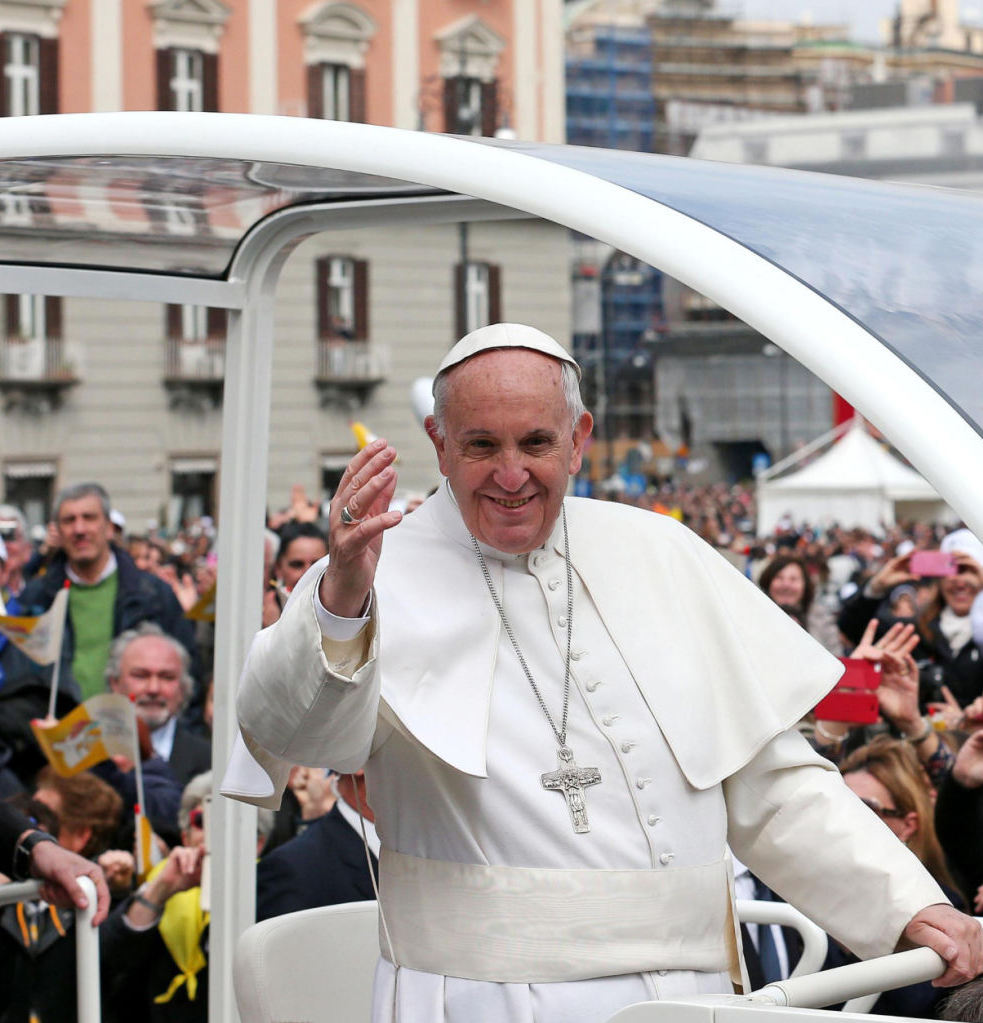