Cup wins for Germany, Portugal; U.S. squeaks into knockout round

Germany beat the U.S. 1-0 in soggy Recife on Thomas Mueller’s 55th-minute goal to win Group G, but the Americans held onto second place when Portugal defeated Ghana 2-1 in a game played simultaneously in Brasilia. The Germans, three-time World Cup champions, finished with seven points, while the U.S. had four after allowing a 95th-minute goal against Portugal on Sunday in a 2-2 draw. Portugal also had four, but the Americans advanced from the so-called ‘Group of Death’ because their goal difference was even and the Portuguese were minus three. The Americans will play the Group H winner, likely Belgium but possibly Algeria, Monday in Salvador. 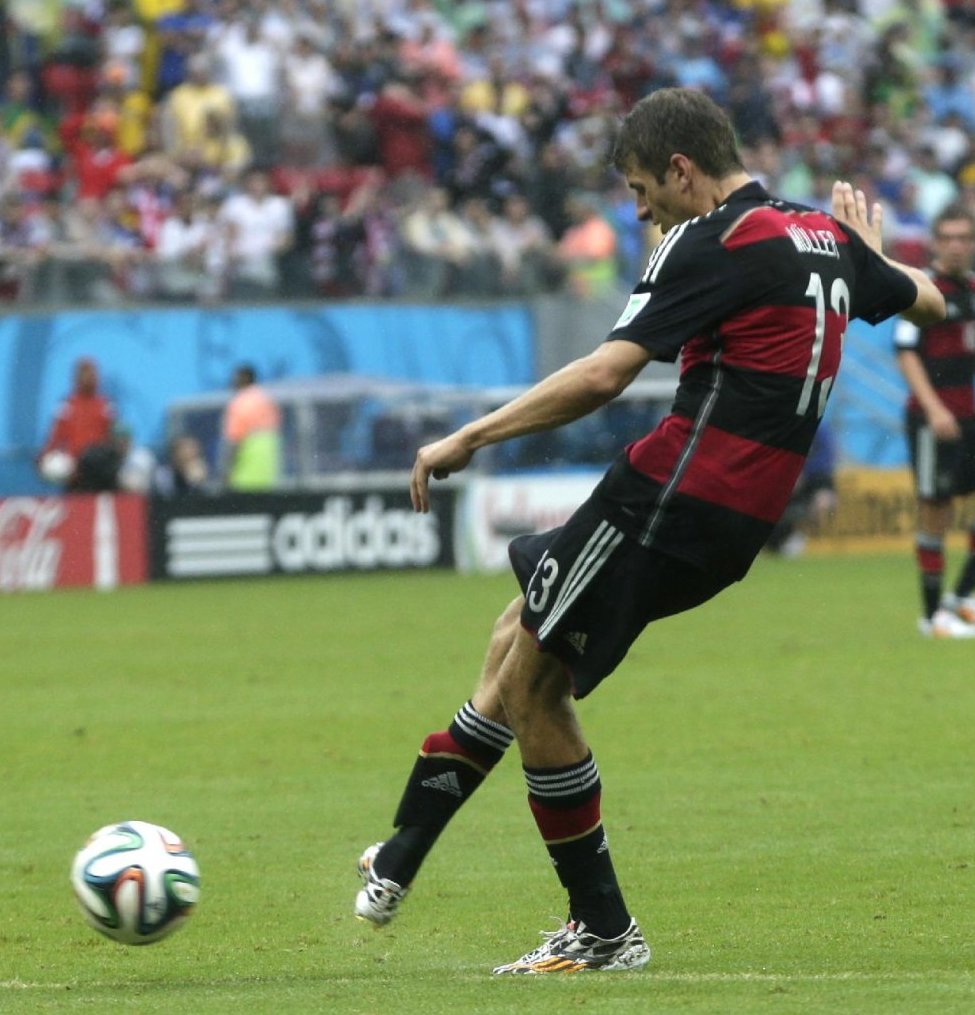