Hundreds of Ukrainian firefighters battled Tuesday to keep a blaze sparked by a deadly string of fuel depot blasts from engulfing a strategic military unit outside Kiev that has Mig-29 fighter jets and rockets on site. At least three rescue workers and a fuel stationed attendant were reported killed and several remained missing nearly a full day after the first spark set fire to an underground fuel storage facility on Monday evening. Ukrainian Security Council Secretary Oleksandr Turchynov and Defence Minister Stepan Poltorak arrived at the scene Tuesday morning to oversee the rescue and coordinate work aimed at saving the airbase.

The danger of the flames spreading to the military unit and the neighbouring petrol tanks has passed.

The security chief also promised to launch a criminal investigation into the design engineers who had placed a tight ring of fuel storage facilities around a military base loaded with heavy bombs and various rockets. At least 10 people were being treated for burns and other injuries. The lightning speed with which the flames spread to neighbouring installations and surrounding forest fuelled initial confusion among emergency workers and contradictory toll figures. The interior ministry initially reported the evacuation of more than 2,000 people from the immediate vicinity of the blaze. Police on site later admitted that no such operation was ever conducted and that some locals had simply left on their own. 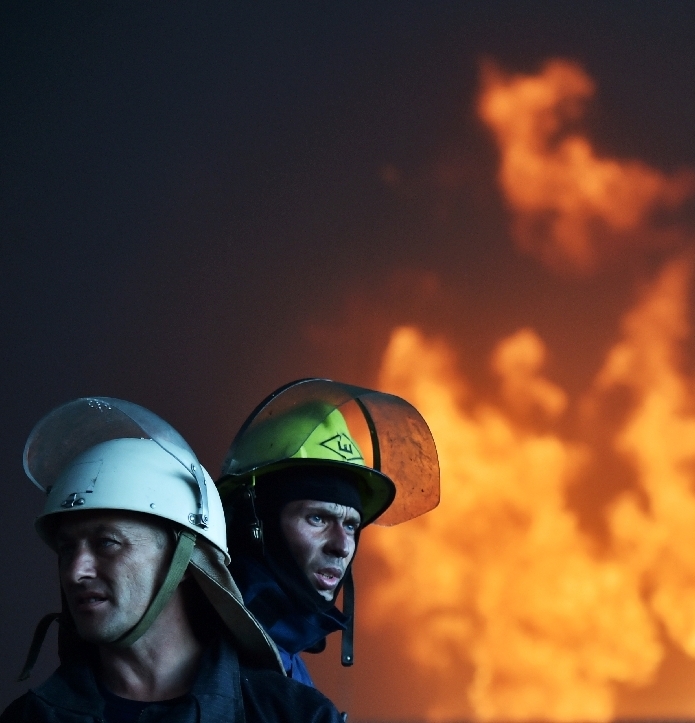