A 6.3-magnitude earthquake in a remote area of China’s Yunnan province on Sunday killed at least 175 people, left more than 180 missing and injured 1,400. The quake caused thousands of buildings, including a school, to collapse. The U.S. Geological Survey said the quake struck at 4.30pm. State broadcaster CCTV said the earthquake was the strongest to hit the province in 14 years. The official Xinhua news agency said the epicenter was in Longtoushan town in Yunnan’s mountainous Ludian county.

Pictures posted online by state media showed troops stretchering people away. Photos on the Chinese social media site Weibo showed several people apparently injured amid toppled bricks. The government is sending 2,000 tents, 3,000 folding beds, 3,000 quilts and 3,000 coats to the disaster zone, where heavy rain forecast for the coming days. In 1970, a magnitude 7.7 quake in Yunnan killed at least 15,000 people. A magnitude-7.1 quake in the province killed more than 1,400 in 1974. 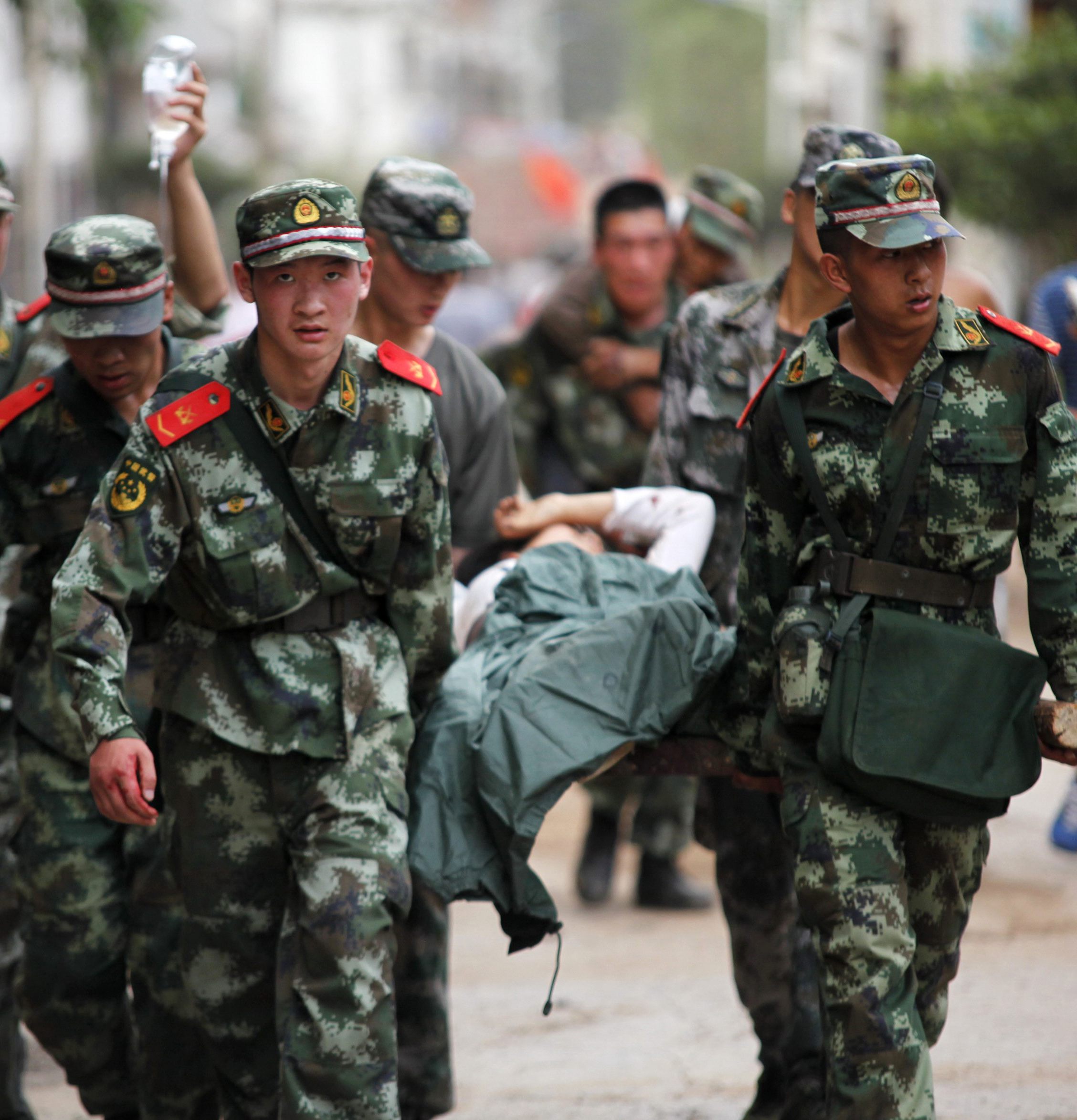