Despite threats, activist sends ‘The Interview’ DVDs to North Korea

A South Korean activist has launched thousands of copies of Hollywood film “The Interview” into North Korea by balloon, ignoring dire threats of reprisals from Pyongyang. The capital labelled the Seth Rogen comedy a “wanton act of terror”. North Korean defector Lee Min-Bok said he tied bundles carrying copies of “The Interview” and anti-Pyongyang leaflets to helium balloons, which he then released from the back of a truck.

I launched thousands of copies and about a million leaflets on Saturday, near the western part of the border.

Mr Lee said he had carried out four cross-border balloon launches since January – the latest one on Saturday. All the launches were carried out at night with little or no advance publicity, given the sensitivity on both sides. North Korea has long condemned the cross-border launches and demanded that the South Korean authorities step in to prevent them. 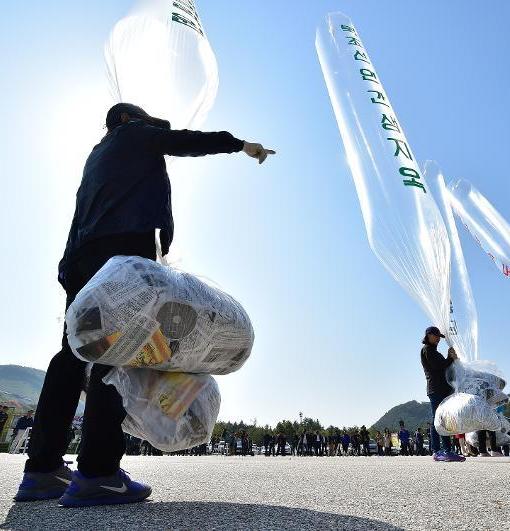