A distress call from a migrant boat sinking in the Mediterranean Sea with 300 people on board has been made to authorities in Rome. The International Organisation for Migration (IOM) said the caller reported 20 people had been killed as the boat - one of two floating near each other - sank in international waters. Joel Millman, a spokesman for the IOM Rome office, said: “The caller said that there are over 300 people on his boat and it is already sinking. He has reported fatalities, 20 at least.” Colleague Federico Soda said the organisation had contacted the coast guard with the coordinates for the vessels, but after a busy weekend that “they do not have the assets to conduct these rescues right now”.

The caller said that there are over 300 people on his boat and it is already sinking. He has reported fatalities, 20 at least.

Joel Millman, a spokesman for the IOM Rome office

Prime Minister Matteo Renzi said Italy was working with Malta to rescue migrants on the two boats, which are thought to be carrying 400 people between them. The vessels are an inflatable life-raft near the Libyan coast and another boat further out to sea. It comes after at least three people were killed after a boat carrying migrants ran aground off the coast of the Greek island of Rhodes. Last week, more than 700 people arrived on the island of Lesbos. Meanwhile, body bags containing the corpses of 24 refugees who drowned when a smuggler’s boat sank off Libya arrived in Malta on Monday. Some 28 survivors of the disaster were also on board Italian coast guard vessel Bruno Gregoracci as it docked in Valletta’s Grand Harbour.

The weekend incident has tied up a lot of resources. The coast guard will probably try to redirect commercial ships to the area. 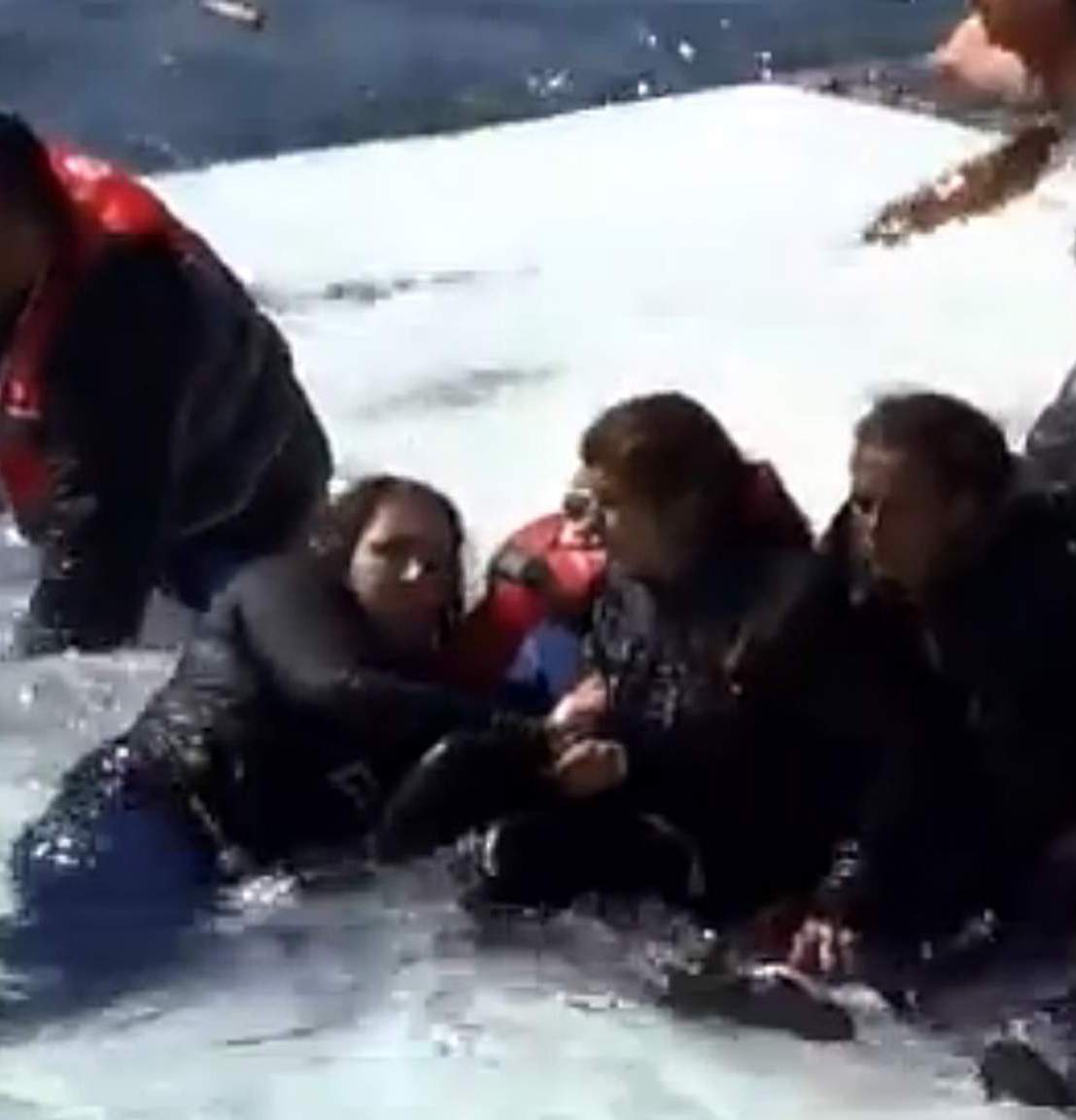