Nigeria counted ballots in a closely fought general election Sunday after failures in controversial new technology pushed voting into a second day, with President Goodluck Jonathan facing a stiff challenge from ex-military ruler Muhammadu Buhari. Despite violence linked to Boko Haram militants and sporadic unrest elsewhere, UN chief Ban Ki-moon and others praised the conduct of the vote and called for calm to avoid a repeat of deadly rioting that followed 2011 elections. Technical glitches marred Saturday’s poll, forcing an extension of voting into Sunday in roughly 300 polling stations nationwide.

We appeal to all Nigerians to remain peaceful as they await the return of these results.

Boko Haram has dominated the campaign, with military operations against the Islamists forcing a six-week delay to the scheduled February 14 election. The presidential election in Africa’s most populous nation and largest oil producer is the closest in the country’s history, with the first credible challenge from an opposition party. Jonathan’s Peoples Democratic Party (PDP) has been in power since Nigeria returned to civilian rule in 1999 but is being pushed to the wire by main opposition candidate Buhari. 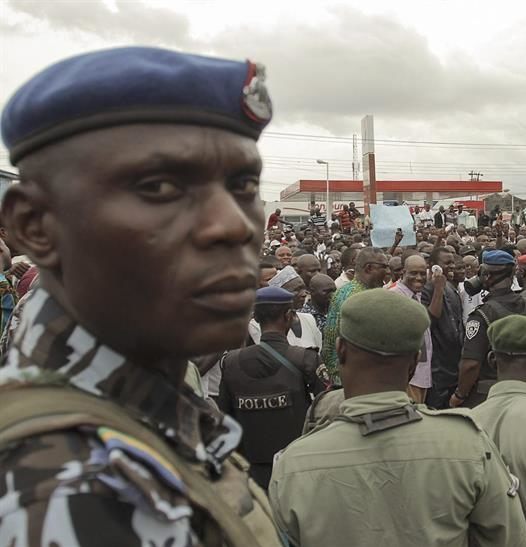