Russian President Vladimir Putin has left Australia for Moscow after the G20 leaders’ summit, saying he needs to get home and get some sleep before going back to work. His presidential jet took off from the special G20 airport at the Brisbane International terminal at about 3.15pm AEST on Sunday. He’s the first major leader to conclude his business at the two-day meeting. Speaking at a lunchtime press conference before leaving, Putin said there is a “good chance of resolution” in the Ukraine conflict, contradicting Western concerns over an escalation in fighting in the southeast of the country. Putin said Kiev’s decision to impose an economic blockade of eastern Ukraine regions was a “big mistake”, but “not fatal”.

It will take me nine hours to Vladivostok and another nine to Moscow. On Monday morning I have to go to work and I need four to five hours’ sleep.

Putin’s departure comes after world leaders criticised him for Russia’s role in the conflict in Ukraine. Moscow is accused of having its own troops and tanks in Ukraine and failing to live up to the terms of the Minsk deal signed by the Ukrainians, Russians and pro-Moscow separatists in September. Ahead of the summit, Putin stoked tension in Brisbane by deploying four Russian warships to the Coral Sea off Australia’s eastern coast, a move described by Australian PM Tony Abbott as part of a “regrettable pattern” of Russian military assertiveness, apparently designed to evoke the “lost glories” of the Soviet Union. British PM David Cameron confronted Putin on the fringes of summit, warning him that Moscow needs to implement a peace deal designed to de-escalate Ukraine’s crisis or future relations with the West are threatened. Meanwhile, U.S. president Barack Obama said Moscow’s “aggression against Ukraine” was “a threat to the world”. Canadian prime minister Stephen Harper also had a blunt message for Putin: “Get out of Ukraine.”

I’ll shake your hand, but I only have one thing to say to you: you need to get out of Ukraine. 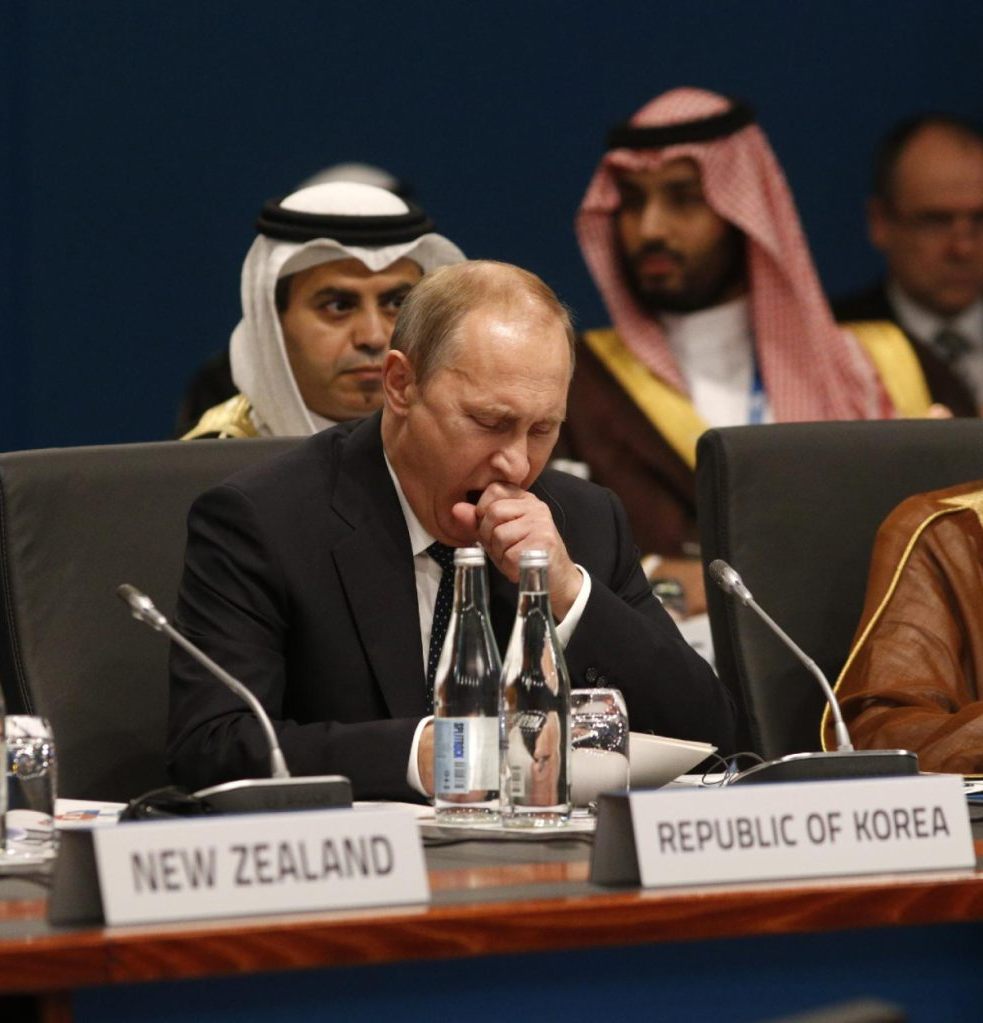