Echoes of Cold War as Russia bans meat, fruit and veg from the West

In a sweeping move that will cost Western farmers billions of dollars and could lead to empty Russian grocery store shelves, leaders there announced a ban on imports of fruit, vegetables, meat, fish and dairy from the United States, the European Union, Australia, Canada and Norway in retaliation for sanctions over Ukraine. The ban goes into effect immediately and will last one year unless “our partners demonstrate a constructive approach” with regards to sanctions, said Prime Minister Dmitry Medvedev.

Until the last moment, we hoped that our partners would understand that sanctions only lead to a deadlock, and no one needs them, but they didn’t.

The ban will not cover baby food, he said, and people will still be able to buy the banned products abroad if they want, but warned those who try to profit from reselling them will be “harshly punished.” The full list of banned products was published on the government’s website as Medvedev delivered his speech.

There is nothing good in sanctions … and the response did not come easily to us, but we had to take it. 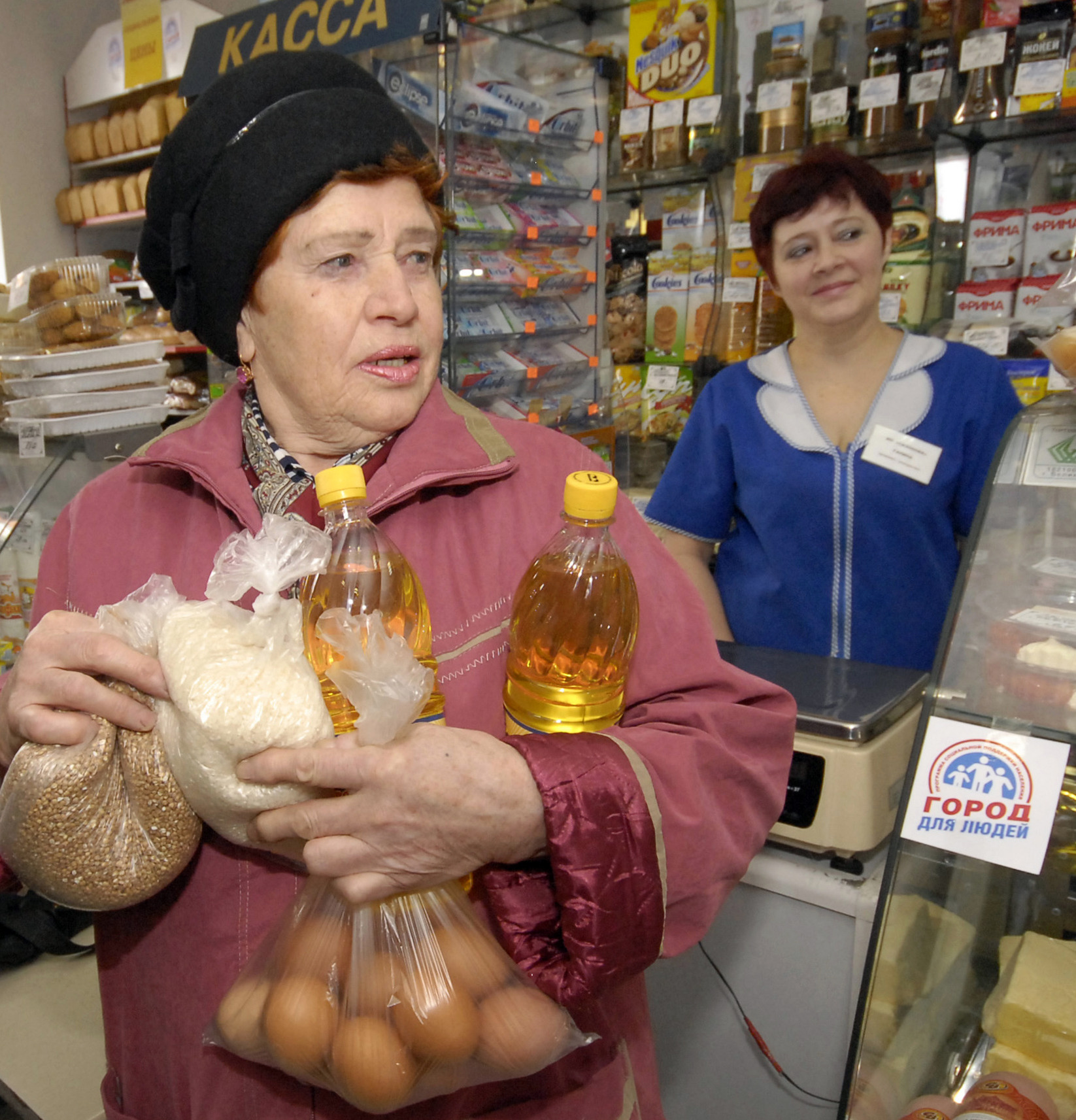